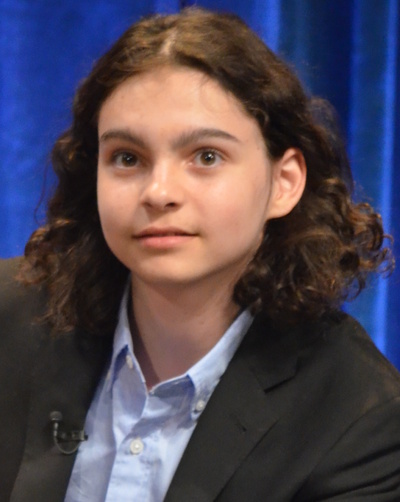 Max Henry Wolf Burkholder (born November 1, 1997) is an American actor most notable for his role Max Braverman, whose character has Asperger syndrome, in the NBC series Parenthood. Prior to that, he became known as a voice actor, among his many roles were those of Chomper in The Land Before Time television series based on film series of the same name. He also provides the voice of Roo on My Friends Tigger & Pooh (taking over the role from Jimmy Bennett), and played "World", the imaginary friend inside a toybox in the Foster's Home for Imaginary Friends movie "Destination: Imagination".

Burkholder has appeared on Brothers & Sisters as Jack McCallister and as young Mitch on Crumbs. He guest starred on CSI: Miami episode "Death Pool 100", and in a CSI: NY episode. In addition, he played Billy in one episode of The Suite Life of Zack & Cody on Disney Channel, and was the voice of Samsquatch in Random! Cartoons. He appeared in the TV series In Treatment and Love for Rent, and played the role of Duncan in the Grey's Anatomy episode "Brave New World". He also played a kid in an airport in The O.C.