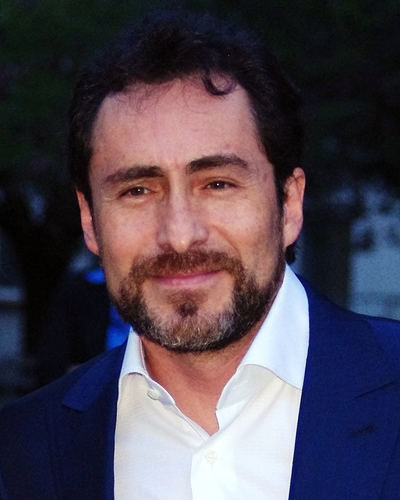 Demián Bichir Nájera (born August 1, 1963) is a Mexican actor and member of the Bichir family. Both of his parents, Alejandro Bichir and Maricruz Nájera, and brothers, Odiseo and Bruno Bichir, are actors. Bichir was nominated for an Academy Award for Best Actor in a Leading Role for his performance in A Better Life.

Bichir was born in Mexico City, Mexico, the son of actors Alejandro Bichir (Alejandro Bichir Batres) and Maricruz Nájera (María de la Cruz Nájera Botello). He began his acting career at the age of 14 in the telenovela Rina with Ofelia Medina. His second acting role was as an adult in Vivir enamorada – both telenovelas were during his years with Televisa. The following year he obtained a role in his first movie, the American production Choices of the Heart. He got his first starring character in the Telenovela El Rincon de los Prodigios where he acts as a stranger who performs miracles in front of the people confronting the corrupt authorities and the church.

He then continued his acting roles in telenovelas with film productions of Mexico, Spain and the United States. After a long retirement of the Mexican telenovelas in favor of a movie career, he went back to TV Azteca in the telenovela Nada Personal where he played the role of an honest detective trying to tackle corruption and drug problems in Mexico. His performance led him to act as the same detective in Con Toda El Alma.

His movie Sexo, pudor y lágrimas (1999) broke box-office records in Mexico becoming the #1 movie in the history of Mexican cinema. He performed one of the main characters and brought him sufficient praise to earn him the Ariel.

His American debut occurred in the movie In the Time of the Butterflies (2001) starring Salma Hayek, based on the real life of a group of sisters that fought against the government of a Dominican dictator. Later he got some recognition when he depicted Fidel Castro in Steven Soderbergh's biopic Che (2008) on the life of Argentine revolutionary Che Guevara.