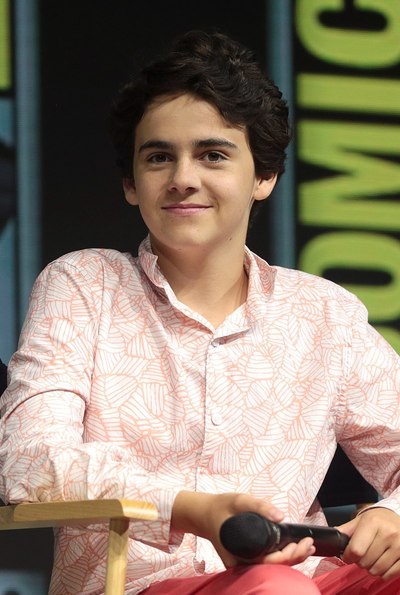 Jack Dylan Grazer (born September 3, 2003) is an American actor. Grazer rose to prominence in 2017 with his portrayal of Eddie Kaspbrak in the feature film adaptation of Stephen King's It, and will reprise his role the 2019 sequel. He also had a role in the CBS series Me, Myself, and I, and starred in the 2019 DC Comics film Shazam!, portraying Freddy Freeman, a role he reprised for Robot Chicken.

Grazer’s father is an actor-director Gavin Grazer, his mother is Angela LaFever, while his uncle is Oscar-winning producer Brian Grazer. He is of part Jewish heritage.

Grazer enjoys skateboarding and playing the flute. His hero is comedian Robin Williams, and Grazer stated the film Stand by Me influenced him to become an actor.