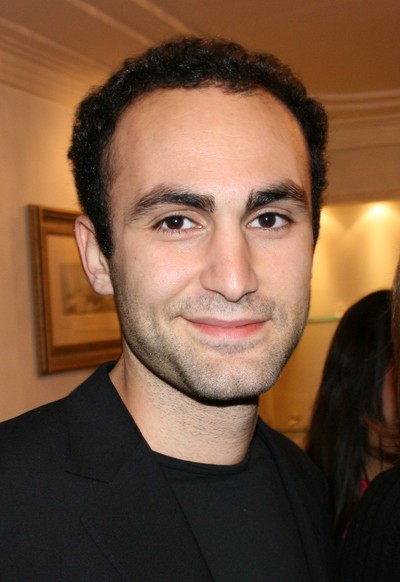 Khalid Abdalla (born 1980) is a British Egyptian actor and activist. He came to international prominence after starring in the 2006 Academy Award-nominated and BAFTA-winning film, United 93. Written and directed by Paul Greengrass, it chronicles events aboard United Airlines Flight 93, which was hijacked as part of the September 11 attacks. Abdalla played Ziad Jarrah, the pilot and leader of the four hijackers on board the flight. He starred as Amir in the film of The Kite Runner and acted with Matt Damon in Green Zone, his second film with director Paul Greengrass . Abdalla appears as himself in Jehane Noujaim's documentary on the ongoing Egyptian revolution, "The Square", which won the Audience Award at Sundance Festival in 2013.

Abdalla is on the board of the National Student Drama Festival. In 2011 Abdalla became one of the founding members of the Mosireen Collective in Cairo: a group of revolutionary filmmakers and activists dedicated to supporting citizen media across Egypt in the wake of Mubarak's fall. Three months after it began, Mosireen became the most watched non-profit YouTube channel in Egypt of all time, and in the whole world in January 2012.

Abdalla was born in Glasgow, Scotland to Egyptian parents and brought up in London, England. Abdalla's father and grandfather were well-known anti-regime activists in Egypt. His parents were both physicians who immigrated to the UK before he was born.

Abdalla was educated at King's College School, an independent school for boys in Wimbledon in South West London and his classmates included actor Ben Barnes and comedian Tom Basden. He became interested in acting after becoming involved in his school's thriving drama scene. In 1998, he directed a production of Someone Who'll Watch Over Me by Frank McGuinness, which ended up having a successful run at the Edinburgh Festival and earned five stars in The Scotsman newspaper, making him the youngest director to receive this accolade.

After spending a gap year traveling around the Middle East, Abdalla went on to Queens' College, Cambridge where he read English. He was active in the student drama scene alongside the likes of Rebecca Hall and Dan Stevens. He was a joint winner with Cressida Trew, his future wife, of the Judges' Award for Acting at the National Student Drama Festival for his performance in Bedbound by Enda Walsh.

In 2003, Abdalla played the title role in Christopher Marlowe's Tamburlaine the Great at the Rose Theatre. This was the inaugural production of Peter Hall's Canon's Mouth Theatre Company composed of "young actors intent on discovering a new voice for the great metaphorical dramas of the Renaissance".

Abdalla's first screen role was in a 2005 episode of Spooks entitled Infiltration of a New Threat.