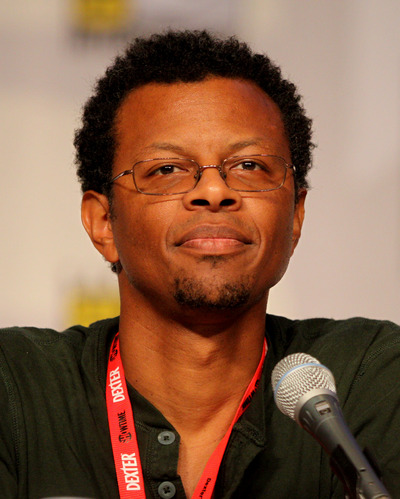 LaMarr was born in Los Angeles, California. He is a graduate of Harvard High School in North Hollywood, and Yale University, where he helped found the improv comedy group Purple Crayon. One of his biggest roles at Yale was the title character in the British comedy Trevor. After graduating in 1989, LaMarr became a member of the award-winning sketch and improv comedy group The Groundlings. He also studied improv at The Second City and at the ImprovOlympic in Chicago with Del Close. He has also improvised with Cold Tofu and Off the Wall. His early film jobs arose from connections from his improv and college years. For example, LaMarr appeared in the film It's Pat (1994), written by friends from the Groundlings, and he appeared in Bio-Dome because the director was a friend from college.

LaMarr, unlike most of the other original nine cast members of MADtv, had extensive television and film jobs experience when he joined the show. Even before college, he had voiced a character on the Mister T cartoon show.