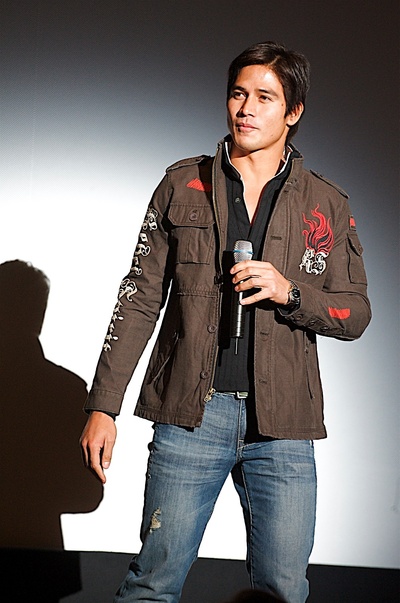 While growing up, Pascual enjoyed a close bond with his siblings—Chiqui, Paulette, Pam, Choi, and Patricia—despite their own father's early death. His father was a casting director for international films that are shot in the Philippines, though Pascual can't recall if it affected his ambition on becoming an actor, ramp model or a performer. He lived an ordinary life; he went to school and spent time on outings and celebrations with his family. Pascual attended elementary and high school at St. Francis School in Santa Ana, Manila. When he was in 5th Grade, Piolo joined the school theater group, Teatro Ni Kiko, where he was introduced to the world of theater and acting.

While he was in third year high school, Pascual started appearing in That's Entertainment, a popular teen variety show that aired in the 1990s. He eventually left That's Entertainment, however, to get into college full-time, studying at the University of Santo Tomas (UST), where he studied AB General Education. He later shifted to Physical Therapy in preparation for his immigration to the U.S. Around 1996, however, Piolo had to put his studies and career plans on hold due to his imminent migration to the U.S.

Pascual joined his family in the United States that year. They lived in Los Angeles, where he worked as an ER representative in a hospital where his mother worked. When Pascual turned 21, he decided to return to Manila in order to pursue his acting career once again.

In 1994, Pascual started his career in That's Entertainment. Then he appeared in some TV shows including Mara Clara, and Gimik. His loveteam with Judy Ann Santos became phenomenal in early 2000s. Their four movies, Kahit Isang Saglit, Bakit Di Totohanin, Till There Was You, and Don't Give Up on Us, earned more than P100 million in the box office. His movie with Claudine Barretto, Milan, became his top-grossing film up to date.

In 2002, Pascual played the role of Jules in the award-winning film, Dekada '70. He received eight awards in the Best Supporting Actor category and was given special recognition for rare grand slam award as a Best Supporting Actor for the same role by the GMMSF Box-Office Entertainment Awards.

Pascual is a member of ABS-CBN's Star Magic. He celebrated his 10th year anniversary in 2007 with a coffee table book (Piolo: Believing), a fifth solo album (Timeless), and a solo concert in Araneta Coliseum.

In 2008, he starred in a fantasy TV series Lobo together with Angel Locsin. The show gained accolades from Banff World Media Festival and International Emmy Awards.

In 2009, Pascual became a producer for Manila, an independent twinbill film under Bicycle Pictures. After its world premiere at the Cannes Film Festival in May 2009, Manila had its official Philippine premiere in cinemas in July 2009 as the opening film of the 5th Cinemalaya Film Festival. He starred in the Philippine version of Lovers in Paris together with KC Concepcion the same year. Together with some directors and writers, Pascual created his film studio, Spring Films, which is known for its popular Kimmy Dora movie series.

In 2013, Pascual went to Cannes once again with the movie On The Job.

Pascual has a son, Iñigo Dominic Lázaro Pascual, who was born on September 14, 1997. Inigo lives in California with Donabelle Lazaro, and maintains contact with Pascual. Pascual is also the uncle of Filipino actor Benjamin Alves.

In 2013, Pascual joined the PETA campaign, Free Mali, whose aim is to move Mali, the lone elephant in the Manila Zoo to a larger area.

Piolo Pascual is a born-again Christian. In his personal testimony, he shared, "I was at the top of my career when I surrendered my life to God. So many things were happening to me at that time. I had just finished Dekada 70 where we won 10 awards. At the young age of 25, I was winning awards and earning millions already. I was working then with Donita Rose and she gave me a Bible. Donita told me to read the Bible and that it will change my life."