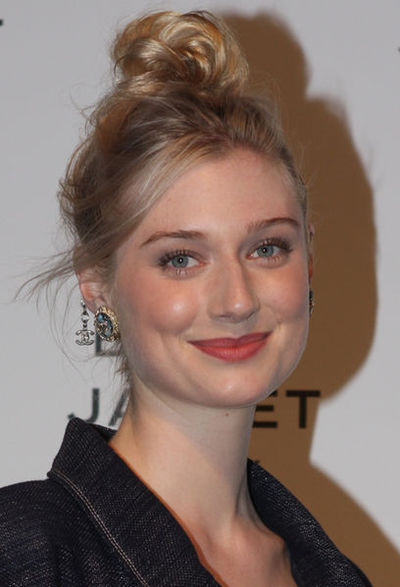 Elizabeth Debicki (born August 1990) is an Australian stage and film actress. After making her feature film debut in A Few Best Men (2011), she appeared in The Great Gatsby (2013) and starred in Sydney Theatre Company production of The Maids, for which she received a nomination for the Helpmann Award.

Debicki was born in Paris to a Polish father and an Australian mother of Irish descent, who were both dancers. When she was five, the family moved to Melbourne where she grew up with two younger siblings. She became interested in ballet at an early age and trained as a dancer until deciding to switch to theatre. A student at Huntingtower School in Melbourne's east, Debicki achieved two perfect study scores in Drama and English and was the school's dux when she graduated in 2007. In 2010, she completed a degree in drama at the University of Melbourne's Victorian College of the Arts. In August 2009, she was the recipient of a Richard Pratt Bursary for outstanding acting students in their second year of training.

Debicki made her film debut with a brief appearance in the 2011 film A Few Best Men. After seeing Debicki's audition reel, director Baz Luhrmann flew her to auditions in Los Angeles. In May 2011, Luhrmann announced that she had been cast as Jordan Baker in his 2013 film The Great Gatsby. In December 2012, Debicki was the subject of a photo shoot for Vogue Australia.

From June to July 2013, Debicki played Madame in the Sydney Theatre Company's production of Jean Genet's play The Maids with Cate Blanchett and Isabelle Huppert. She won the best newcomer award at the Sydney Theatre Awards. Debicki appears in a 13-minute short film, Godel, Incomplete, and appeared as a guest star in the third season of the Australian TV series Rake. On 31 July 2013, Variety reported that she would appear in a Guy Ritchie-directed film adaptation of The Man from U.N.C.L.E.. In 2014, Debicki was cast in supporting roles in Justin Kurzel's adaptation of Macbeth and Everest. She plays the lead in an eight-hour television series, The Kettering Incident, and a supporting role, Jed, in a miniseries The Night Manager.