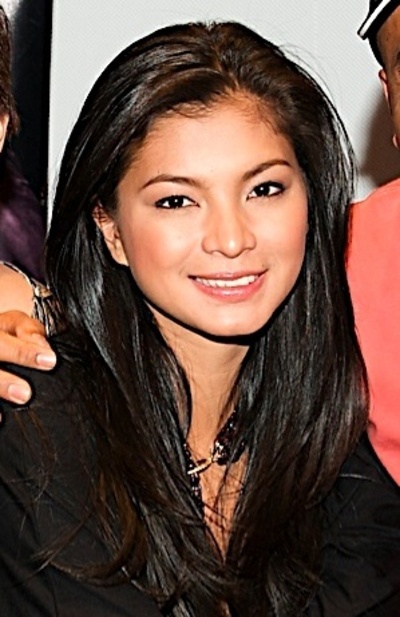 Angel Locsin (born Angelica Colmenares; April 23, 1985) is a Filipina television and film actress, commercial model, film producer and fashion designer. She came to prominence for her television roles as Alwina in the 2004 fantasy-themed television series Mulawin and as the superheroine Darna in theTV adaptation of the Mars Ravelo comics. Locsin was a contract artist of GMA Network up to early 2007 until she transferred to its rival network, ABS-CBN. She then starred as Lyka in the television series Lobo, which earned her an International Emmy Award nomination for best performance. She later on starred in blockbuster films In The Name Of Love and One More Try for which she garnered critical acclaim for both performances. The two films earned Locsin the Star Award for Movies for Movie Actress of the Year and the Box-Office Entertainment Award for Film Actress of the Year, winning both awards two consecutive years. In 2013, she won the FAMAS Award for Best Actress for her performance in One More Try.

Locsin was discovered at a shopping center by a talent scout. She then auditioned for several commercials and was supposed to be a part of ABS-CBN's Star Circle Batch 9, but failed to sign a contract because her father opposed the idea. Later, she became a contract star of GMA Artist Center, first appearing on the second season of the teen-oriented series, Click and was also included in the cast of Ang Iibigin Ay Ikaw Pa Rin.