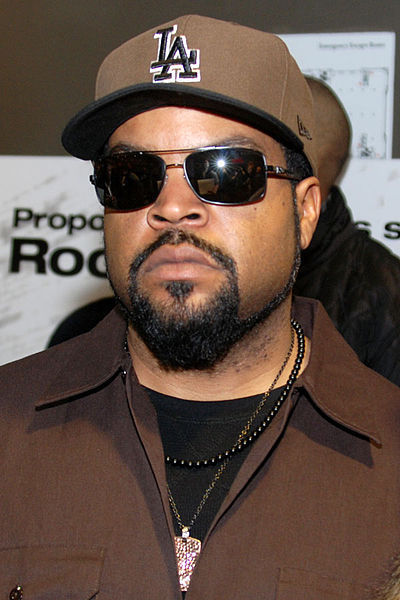 O'Shea Jackson (born June 15, 1969), better known by his stage name Ice Cube, is an American rapper, record producer, actor, screenwriter, film producer, and director. He began his career as a member of the hip-hop group C.I.A.and later joined N.W.A (Niggaz Wit Attitudes). After leaving N.W.A in December 1989, he built a successful solo career in music, and also as a writer, director, actor, and producer in cinema. Additionally, he has served as one of the producers of the Showtime television series Barbershop and the TBS series Are We There Yet?, both of which are based upon the films in which he portrayed the lead character. As of July 2014, Ice Cube has sold over 38 million records in the United States.

Ice Cube is noted as a proficient lyricist and storyteller and is regarded as a brutally honest rapper; his lyrics are often political as well as violent, and he is considered one of the founding artists in gangsta rap. He was ranked #8 on MTV's list of the 10 Greatest MCs of All Time, while fellow rapper Snoop Dogg ranked Ice Cube as the greatest MC of all time. About.com ranked him #11 on its list of the "Top 50 Greatest MCs of Our Time". AllMusic has called him one of hip-hop's best and most controversial artists, as well as "one of rap's greatest storytellers". In 2012, The Source ranked him #14 on their list of the Top 50 Lyricists of All Time.

O'Shea was born on June 15, 1969 in Los Angeles, in the South Central area, the son of Doris Jackson (née Benjamin), a hospital clerk and custodian with Danish roots, and Hosea Jackson, who worked as a groundskeeper at UCLA. According to a 2005 interview with Teenink, O'Shea's half-sister was murdered by her boyfriend in a murder–suicide when he was 12 years old. His cousins are Teren Delvon Jones, also known as Del tha Funkee Homosapien, who is a part of the rap group Hieroglyphics and who has also worked with Gorillaz; and Kam of rap group The Warzone. In his early teens, Ice Cube developed an interest in hip hop music, and began writing raps in Taft High School's keyboarding class. He attended the Phoenix Institute of Technology in the fall of 1987, and studied architectural drafting. With friend Sir Jinx, Ice Cube formed the C.I.A., and they performed at parties hosted by Dr. Dre. Young Ice Cube met Dr. Dre in 1984, who was 19 at the time. Dre soon entered the recording industry; working on records with the World Class Wreckin' Cru. Dre saw Cube's potential as a writer and had him assist with writing Wreckin Cru's big L.A. hit track, "Cabbage Patch" as well as joining Cube on a side partnership which the duo called Stereo Crew. Stereo Crew produced a twelve-inch record, "She's a Skag" released on Epic Records in 1986.

In 1987, Ice Cube and Dr. Dre released the single My Posse under the alias CIA. After the collaboration, Ice Cube showed Eazy-E the lyrics to "Boyz-n-the-Hood." Eazy-E, although initially rejecting the lyrics, eventually recorded the song for N.W.A. and the Posse, the debut album for the group N.W.A that included Dr. Dre, MC Ren, DJ Yella, and him.

By this point Ice Cube was a full-time member of N.W.A along with Dr. Dre, and MC Ren. Ice Cube wrote Dr. Dre and Eazy-E's rhymes for the group's landmark album, Straight Outta Compton, released in 1988. However, towards the end of 1989, Ice Cube found himself at odds with the group's manager, Jerry Heller, after rejecting Heller's proposed contract terms.

Since Ice Cube wrote the lyrics to approximately half of both Straight Outta Compton, and Eazy-E's solo album, Eazy-Duz-It, he was advised of the amounts he was truly owed by Heller, and took legal action soon after leaving the group and the label. In response, the remaining N.W.A members attacked him on the EP100 Miles and Runnin' and on their next and final album, Niggaz4Life.

In 1989, Ice Cube recorded his debut solo album, AmeriKKKa's Most Wanted, in Los Angeles with the Bomb Squad (Public Enemy's production team). It was released in May 1990 and was an instant hit, riding and contributing to the rising tide of rap's popularity in mainstream society. The album was charged with controversy, and he was accused of misogyny and racism. Subsequently, Ice Cube appointed the female rapper Yo-Yo (who appeared on AmeriKKKa's Most Wanted) to the head of his own record label and helped produce her debut album, Make Way for the Motherlode. This was followed by a critically acclaimed role as Doughboy in John Singleton's violent crime drama, Boyz n the Hood. In the same year as AmeriKKKa's Most Wanted, Ice Cube released the acclaimed EP, Kill At Will which sold well, becoming the first hip hop EP to go Platinum.

Following his role as 'Doughboy' in Boyz n the Hood, in 1992 he starred alongside Ice-T, and Bill Paxton in Walter Hill's action film, Trespass, and then in The Glass Shield.

Ice Cube was offered a co-star role with Janet Jackson for the 1993 romantic film Poetic Justice, but he refused to play the role, which was given to Tupac Shakur instead.

John Singleton had encouraged Ice Cube to try his best at screenwriting, telling him, "If you can write a record, you can write a movie." With this encouragement, Ice Cube wrote the screenplay for what became the 1995 comedy Friday, in which he also starred, alongside then up-and-coming comedian Chris Tucker. Friday earned $28 million worldwide on a $3.5 million budget, and spawned two sequels, Next Friday and Friday After Next. (On March 9, 2011 he announced that he was making the final sequel called Last Friday.) That year, he also starred in his second collaboration with John Singleton, Higher Learning, as world-weary university student "Fudge"; a role for which he earned award nominations.

A father of four, Ice Cube was asked by Fresh Air's Terry Gross to provide some perspective on the relationship between his work and his family. When asked whether or not he allowed his children to listen to his music, he responded: "What's worked for me is instilling in my kids a level of self-respect," helping them to understand the content of not just music but the violence found on the evening news. When asked what he tells his children about profanity, he recalled telling his kids that there are "appropriate times to use any kind of language.... Adults should never hear you use these words. If you want to use these words around your friends, that's really on you." Two of his sons (O'Shea, Jr. and Darryl) are also rappers under the names OMG and Doughboy. They were featured on his latest album I Am the West.

Jackson is also the cousin of rapper Del the Funky Homosapien with who started his career writing for Jackson's Group Da Lench Mob. With Cube's help Del released his debut album I Wish My Brother George Was Here when he was only 18. 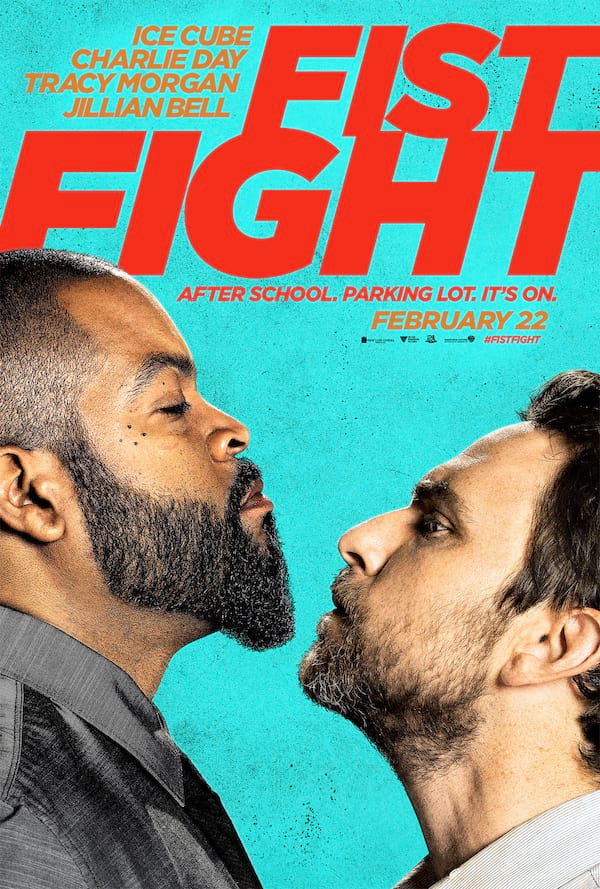