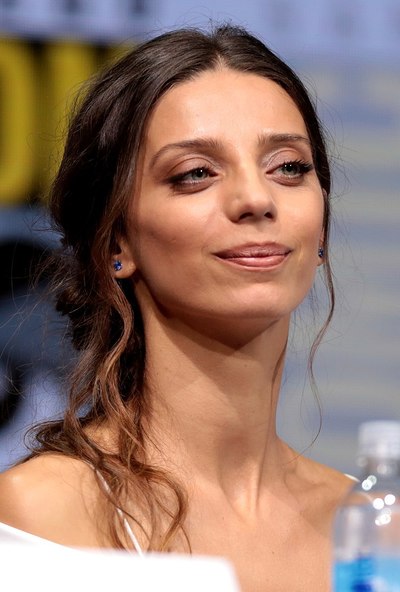 Angela Sarafyan (born June 30, 1983) is an Armenian American actress. She is sometimes credited as Angela Sarafian. She portrays Clementine Pennyfeather on the HBO series Westworld.

Sarafyan was born in Yerevan, Armenian SSR. When she was four, she moved with her parents to the United States, settling in Los Angeles. Her father, Grigor Sarafyan, is an actor and her mother is a painter. She did ballet and played piano as a child.

Sarafyan plays Stormy on Sex Ed: The Series, and she has appeared as a guest-star in several television series such as Judging Amy, Buffy the Vampire Slayer, The Shield, The Division, 24, Cold Case, South of Nowhere, Criminal Minds, CSI: NY, Nikita, Blue Bloods and The Mentalist. In 2008, she had a recurring role in the USA Network series In Plain Sight. In 2010 Sarafyan joined the cast of The Good Guys, playing offbeat and socially awkward Samantha Evans. She appeared in Lost & Found in Armenia in 2012.

Along with such Hollywood stars as Christian Bale and Oscar Isaac, she appears in The Promise, a movie about Armenian genocide. The movie was attended and supported by various celebrities, such as George Clooney and his wife Amal, Leonardo DiCaprio, Sylvester Stallone and many others.