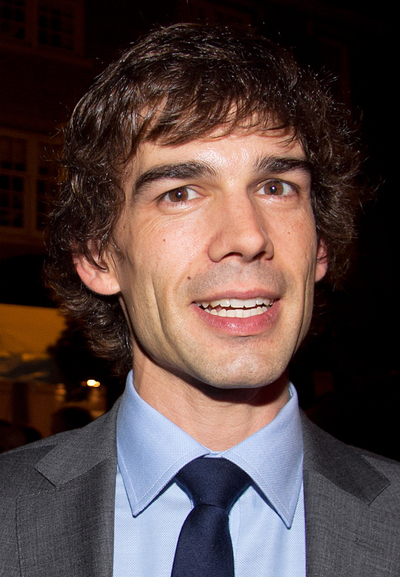 Christopher David Gorham (born August 14, 1974) is an American actor who is best known for the ABC series Ugly Betty. He has also appeared in such series as Popular, Odyssey 5, Felicity, Jake 2.0, Medical Investigation, Out of Practice, Harper's Island, Covert Affairs, and Once Upon a Time.

Gorham was born in Fresno, California, to David Gorham, a certified public accountant, and Cathryn Gorham, a school nurse. He attended Roosevelt High School and graduated from UCLA with a B.A. in Theater in 1996. While in college he participated in many sports, including martial arts, stage combat, fencing, rollerblading, and ballroom dancing.

His first job in the acting business was as an intern on Baywatch (1989). Gorham has appeared in a number of science fiction TV series, ranging from a starring role in Odyssey 5 to the title character in Jake 2.0. He also had roles on Party of Five, Felicity, and Without a Trace. He has also acted in films, including 2001's The Other Side of Heaven co-starring Anne Hathaway.

Gorham played Harrison John in the WB series Popular and Dr. Miles McCabe in the NBC drama Medical Investigation. He played the lead role in the short-lived CBS series Out of Practice. He was also the lead of ABC Family's original movie Relative Chaos. He is currently starring in the Netflix series Insatiable as Bob Barnard.

Three years after Jake 2.0 ended, Gorham had a recurring role as Henry Grubstick in Silvio Horta's new series, Ugly Betty, and played the main love interest for the series' heroine Betty Suarez (played by America Ferrera). He joined the cast full-time for the series' second season. He then left in July 2008, but returned for the Season 3 and then also the Season 4 finale. He starred in the 2009 CBS TV miniseries, Harper's Island, in which characters were killed off every week leading to the eventual reveal of the murderer.

From July 13, 2010 until December 18, 2014, Gorham played blind special ops agent Auggie Anderson on Covert Affairs, leading the main character, a trainee CIA agent played by Piper Perabo, at her new job. The series was highly successful for the USA Network, running for five seasons. The series was cancelled in January 2015. BuddyTV ranked Gorham fifth on its list of "TV's Sexiest Men of 2011".

In 2014 Gorham recurred in the back half of the third season of Once Upon a Time as Walsh, the Wizard of Oz. He currently plays rival pageant coach Bob Barnard on the Netflix series Insatiable which premiered August 10, 2018.

Gorham is married to his former Popular co-star, Anel Lopez Gorham, with whom he has three children: sons born 2001 and 2003, and a daughter born in January 2009.