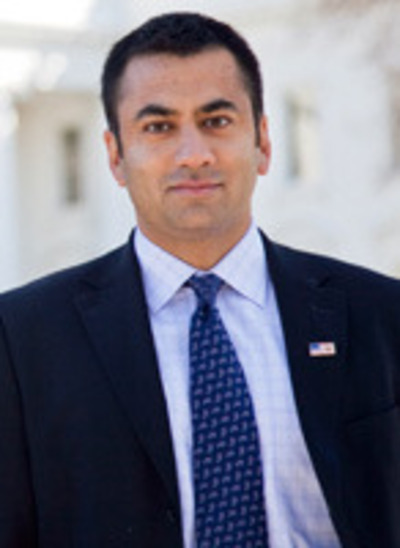 As an actor, he is known for his roles portraying the character Dr. Lawrence Kutner on the television program House and the character Kumar Patel in the Harold and Kumar stoner comedy films. He is also recognized for his performance in the critically acclaimed film The Namesake. Penn has also taught at the University of Pennsylvania as a visiting lecturer in the Cinema Studies Program.

On April 8, 2009, it was announced that Penn would join the Obama administration as an Associate Director in the White House Office of Public Engagement. This necessitated that his character Lawrence Kutner be written out of the TV series House. Penn resigned his post as Barack Obama's associate director of public engagement on June 1, 2010, for a brief return to his acting career. He filmed the third installment of the Harold and Kumar series, A Very Harold & Kumar 3D Christmas, then returned to the White House Office of Public Engagement as an Associate Director. In July 2011, he again left the White House, this time for a role in How I Met Your Mother, and then went back to his political duties.

Penn was born as Kalpen Suresh Modi in Montclair, New Jersey, to a Hindu Indian family. His mother, Asmita, is a fragrance evaluator for a perfume company, and his father, Suresh Modi, is an engineer. Both of his parents are Gujarati immigrants from India. He has stated that stories of his grandparents marching with Mahatma Gandhi for Indian independence were a significant influence on his interest in politics.

He attended Marlboro Middle School in Marlboro Township, New Jersey and played baritone saxophone in the jazz band there. Penn attended The Fine and Performing Arts Academy (a magnet program) at Howell High School for freshman, sophomore, and junior years; he transferred to Freehold Township High School for senior year; both schools are part of the Freehold Regional High School District. He was active in the schools' theater productions and competed on the Freehold Township forensics team. He attended UCLA, where he double majored in film and sociology. Penn is vegetarian and ate veggie sliders during the filming of Harold & Kumar Go to White Castle.

Penn's feature film debut came in 1998 in Express: Aisle to Glory. He has since appeared in American Desi, National Lampoon's Van Wilder, the final episode of The Lonely Island, Malibu's Most Wanted, A Lot Like Love, Dude, Where's the Party?, Love Don't Cost a Thing, Superman Returns, National Lampoon's Van Wilder: The Rise of Taj, Epic Movie, The Namesake, the Harold and Kumar series, and an uncredited appearance in Deck the Halls.

Penn says that he derived his acting name, Kal Penn, as a lark: "Almost as a joke to prove friends wrong, and half as an attempt to see if what I was told would work (that anglicized names appeal more to a white-dominated industry), I put 'Kal Penn' on my resume and photos." His audition callbacks rose by 50 percent. He has stated that he prefers his birth name and uses "Kal Penn" only for professional purposes.

In 2008, Penn served as a visiting lecturer in Asian American Studies at the University of Pennsylvania. His course was titled "Images of Asian Americans in the Media." In 2010, Penn wrote an article in the Huffington Post, responding to a Time Magazine article, which he said had contained racist comments against Indian immigrants in New Jersey. Penn is currently working on a graduate certificate in international security from Stanford University.