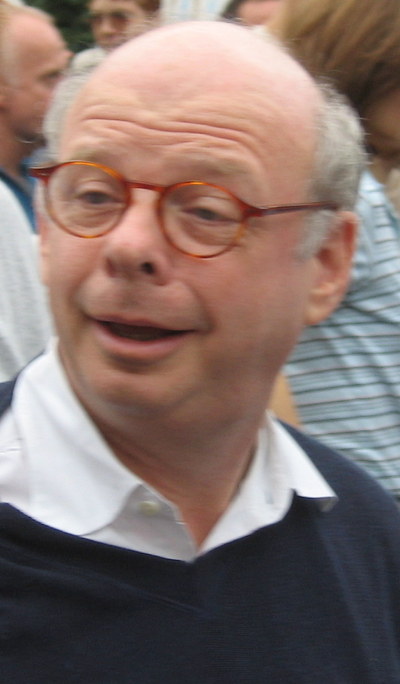 Wallace Michael Shawn (born November 12, 1943) is an American actor, voice actor and playwright. His best-known film roles include Wally Shawn in My Dinner with Andre (1981), Vizzini in The Princess Bride (1987), and Rex the toy dinosaur in the Toy Story animated film series.

His plays include The Designated Mourner, Aunt Dan and Lemon, and Grasses of a Thousand Colors; he also co-wrote the screenplay for My Dinner with Andre with Andre Gregory, and scripted Vanya on 42nd Street, a film adaptation of Anton Chekov's play Uncle Vanya.

Shawn was born into a prominent Jewish family in New York City, where he continues to reside. He is the son of William Shawn, the longtime editor of The New Yorker, and journalist Cecille Shawn (néeLyon); his brother, Allen, is a composer. Shawn attended The Putney School, a private liberal arts high school in Putney, Vermont, and graduated with an A.B. in history from Harvard College. He studied economics and philosophy at Oxford, originally intending to become a diplomat; he also traveled to India as an English teacher, on a Fulbright program. Since 1979, Shawn has made a living primarily as an actor.