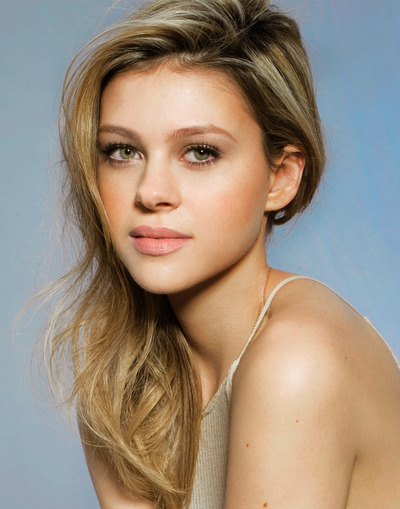 Nicola Anne Peltz (born January 9, 1995) is an American actress, best known for playing Katara in the 2010 film The Last Airbender, directed by M. Night Shyamalan, and, as of 2013, Bradley Martin in the A&E TV series Bates Motel. Peltz will star as the female lead, Tessa Vincent, in the upcoming fourth Transformers film, Transformers 4.

Peltz was born in Westchester County, New York, the daughter of Claudia (née Heffner), a former model, and Nelson Peltz, a billionaire businessman who once owned the Snapple brand. She has four older brothers, two younger brothers, and a sister. Peltz is Jewish on her father's side.

Peltz played Katara in the 2010 movie The Last Airbender. She plays Renee Kyte in the upcoming independent movie, Eye of the Hurricane. The movie wrapped filming in late August 2010 with a release date yet to be determined. Peltz also appeared in the 2006 film Deck the Halls, playing Mackenzie, and Harold, in 2008, where she was cast as Becki. She also had a minor role in Miley Cyrus' "7 Things" music video. On March 27, 2010, Peltz made an appearance at the Kids Choice Awards 2010 on Nickelodeon, and also appeared at the 2010 MTV Movie Awards, along with The Last Airbender co-star Jackson Rathbone, presenting a trailer for the film.

On March 26, 2013, it was announced by director Michael Bay that Peltz has been cast as the new female lead in the upcoming fourth Transformers film. It is reported that she along with co-stars Mark Wahlberg and Jack Reynor will be the new lead human cast and are all contracted for three films beginning a new Transformers trilogy.