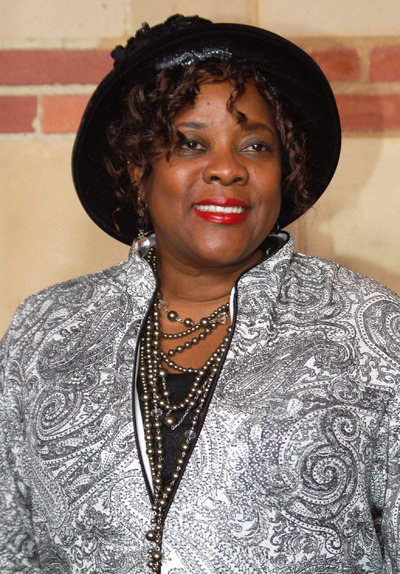 Loretta Devine (born August 21, 1949) is an American stage, film and television actress. She has appeared in such films as Waiting to Exhale, The Preacher's Wife, I Am Sam, Urban Legend, Crash, Woman Thou Art Loosed, For Colored Girls, This Christmas and Jumping the Broom.

She is currently part of the main cast of the Lifetime drama The Client List in the role of Georgia Cummings and as the voice of Hallie on the Disney Junior show Doc McStuffins.

Devine was born in Houston, Texas. Her mother, Eunice O'Neal (née Toliver), was a beautician, and her father, James Devine, worked as a laborer. She grew up in the Acres Homes area of Houston. She was very active on the pep squad, and performed in talent shows at George Washington Carver High School. Devine graduated from the University of Houston in 1971 with a Bachelor of Arts in Speech and Drama and Brandeis University in 1976 with a MFA in Theater. Devine was initiated into Alpha Kappa Alpha the Epsilon Lambda Chapter.

Devine appeared in the 1978 flop A Broadway Musical, which closed after one performance. She captured attention in Dreamgirls, a Broadway musical loosely based on the history of The Supremes, in which she originated the role of Lorrell Robinson (a fictional character based on Mary Wilson). It premiered on December 20, 1981 and ran for over 1500 performances; it eventually won six Tony awards. Minor roles for Devine followed in films such as Little Nikita and Stanley & Iris. She has a cameo performance in the film version of Dreamgirls. She was a repertory character in the play The Colored Museum with Vickilyn Reynolds. Devine and Reynolds both went on to play sisters in the short-lived TV series Sugar and Spice. During the period between the play and the series, Devine appeared in the first season of the TV series A Different World as Stevie Rallen, dormitory director at fictional Hillman College.

In 1995, she landed a high-profile role as Gloria Matthews in Waiting to Exhale, joined in the cast by Whitney Houston, Gregory Hines, and Angela Bassett, among others. The role earned her an NAACP Image Award for Best Supporting Actress, as did her next movie, The Preacher's Wife, her second movie with Houston and Hines. In 2000, Devine took on the role of impassioned high schoolteacher Marla Hendricks on the Fox TV drama Boston Public. Devine won three more Image Awards for her work in the series.