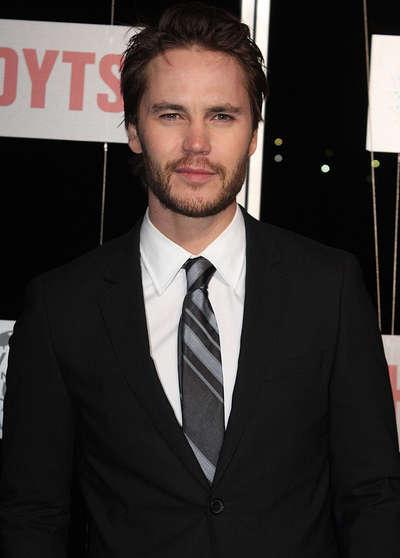 Taylor Kitsch (born April 8, 1981) is a Canadian actor and model. He is known for his role as Tim Riggins in the NBC television series Friday Night Lights and for his role as Gambit in X-Men Origins: Wolverine (2009). He also starred in the films John Carter, Battleship, and Savages (all in 2012).

Kitsch was born in Kelowna, British Columbia, Canada. His mother worked for the BC liquor board and his father in construction. He has two older brothers and two younger half sisters, and was raised by his single mother. He played junior ice hockey for the Langley Hornets in the British Columbia Hockey League, before a knee injury ended his career.

Kitsch moved to New York in 2002 after receiving an opportunity to pursue modeling with IMG and studied acting there as well. While in New York, he became a nutritionist and a personal trainer. For a time in New York he was homeless and took to sleeping on subway trains in the middle of the night.

In 2004, he relocated to Los Angeles where he modeled for Diesel and Abercrombie & Fitch. He also appears in the limited edition coffee table book About Face by celebrity photographer John Russo.

In 2006, Kitsch was cast in his breakout role on the NBC sports teen drama television series Friday Night Lights based on the 2004 film, both from Peter Berg. The series centers on the small-town football team Dillon Panthers in the fictional town of Dillon, Texas. Kitsch portrayed for five seasons the role of Tim Riggins, a high school student who is the fullback/running back of the Dillon Panthers. The series premiered in October 2006 to universal critical acclaim from critics and over 7.7 million viewers.