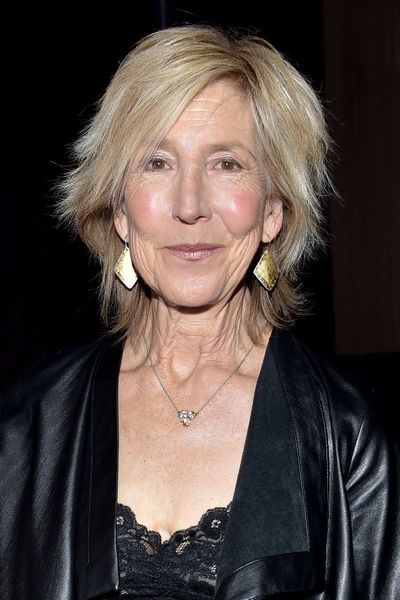 Linda "Lin" Shaye (born October 12, 1943) is an American film, theatre and television actress. She is regarded as a scream queen due to her roles in various horror franchises or films including A Nightmare on Elm Street, Critters, Insidious, Dead End, 2001 Maniacs and its sequel 2001 Maniacs: Field of Screams, Alone in the Dark, Amityville: A New Generation, Tales of Halloween, Abattoir, Ouija and its prequel Ouija: Origin of Evil. Shaye is also known for her comedic roles in many films by the Farrelly brothers, including Dumb and Dumber, Kingpin, and There's Something About Mary.

Shaye was born in Detroit, Michigan, the daughter of Dorothy (née Katz), a homemaker, and Max Mendle Shaye, a painter and supermarket owner. Her brother is film executive Robert Shaye. Her family is Jewish; her mother was born in Russia, and her paternal grandparents were from Romania. Shaye studied acting at the University of Michigan before she moved to New York to appear in Off Broadway productions. In 1977, she moved to Los Angeles to further pursue her acting career.

In 1975, she made her film debut with a small role in Hester Street, followed by small roles in several movies and television shows. In 1978, she appeared in the Jack Nicholson-directed Western Goin' South. "I got a call saying, 'Mr Nicholson wants you in Mexico for two weeks for this small role called The Parasol Lady. It was so much fun." She has since appeared in a large number of character roles.

From 1980 to 1996, she has appeared in four films by director Walter Hill: The Long Riders, Brewster's Millions, Extreme Prejudice and Last Man Standing. While back In 1984, Shaye played a teacher in A Nightmare On Elm Street. The film was distributed by New Line Cinema, the company founded by the actress' older brother Robert Shaye. She has admitted the family connection helped her a little. "My brother said, 'Put my sister in your movie!'"

In 1994, she had her breakout comedy role of Mrs. Nuegeboren in the Farrelly Brothers' Dumb and Dumber. The film was released on December 16, 1994. Despite receiving mixed reviews from critics, it was a commercial success and developed a cult following in the years since its release. The Farrellys then subsequently cast her as Woody Harrelson's gruesome landlady in Kingpin. Later, again giving her a role as Cameron Diaz's character's overtanned neighbor Magda in the 1998 hit There's Something About Mary. "The Farrellys said, 'We want her to look like an old leather bag,' " recalled Shaye. "It was four hours every time they put on the makeup." The film was a sleeper hit, and was the highest-grossing comedy of 1998 in North America as well as the fourth-highest-grossing film of the year. The film made $369 million worldwide. For her performance, Shaye was nominated for a Blockbuster Entertainment Award for Favorite Supporting Actress – Comedy. She followed this with 1999's Detroit Rock City as an uptight mother waging a personal war against the band Kiss.

In 2005, Shaye appeared in the film 2001 Maniacs as Granny Boone and again in the sequel 2001 Maniacs: Field of Screams. The next year she had a supporting role in the thriller Snakes on a Plane, playing Grace, the senior flight attendant who acts as the flight's purser. The film gained a considerable amount of attention before its release, forming large fanbases online and becoming an Internet phenomenon, due to the film's title, casting, and premise. Released in the United States and United Kingdom on August 18, 2006, the film received mixed to positive reviews with 68% of reviews positive and an average normalized score of 58%, according to the review aggregation websites Rotten Tomatoes and Metacritic, respectively. In 2007, she appeared in the short films Sponsored By, Under The Gun, Midnight Snack, Time Upon a Once, Old Home Boyz, Backseat Driving Test, and The Yes Men which were directed by contestants on the reality show On the Lot.

On November 19, 2012, it was officially announced that Shaye, Patrick Wilson, and Rose Byrne would reprise their roles from the first film. The film was released September 13, 2013. It received mixed reviews and was a box office success.

On March 11, 2014, It was announced that Shaye would be returning as Elise, this time as a major role, in the third installment of the Insidious franchise. Speaking of the role in the film, Shaye said "Elise has become this sort of bad ass in this installment, I can't even tell you how much fun that was for me. I'm not taking names!" Insidious: Chapter 3 received a mixed response from critics, while Shaye's performance was widely received by film critics an audience members. The review aggregator website Rotten Tomatoes lists a 59% approval rating, with the site's critical consensus reading, "Insidious: Chapter 3 isn't as terrifying as the original, although it boasts surprising thematic depth and is enlivened by another fine performance from Lin Shaye." A writer from The Wrap opined that Shaye Shined in the film. The Oakland post online positively said "Shaye is able to give the film most of its heart. Many of the horror scenes rely on her to be either the calming voice or the badass heroine, and Shaye plays both of those roles perfectly." Also saying "Insidious: Chapter 3 could have been a disaster, but thanks to some genuinely scary moments and veteran acting from Lin Shaye, the film is able to be mostly enjoyable."

Shaye has been married twice. Her first husband died in 1968. In 1988, she married actor Clayton Landey, with whom she appeared in 2002's Wish You Were Dead. The couple had one child before divorcing in 2003. 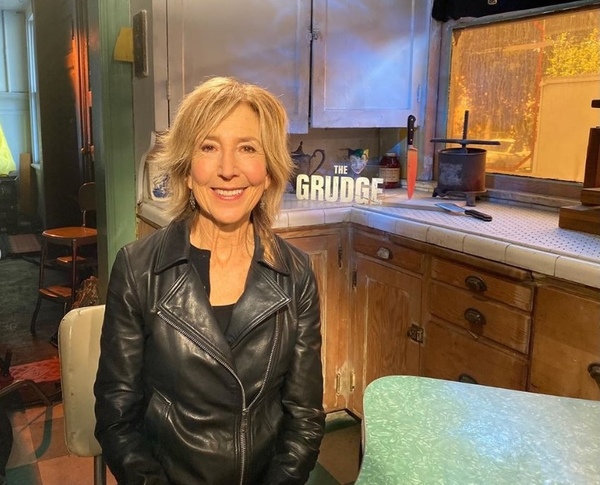 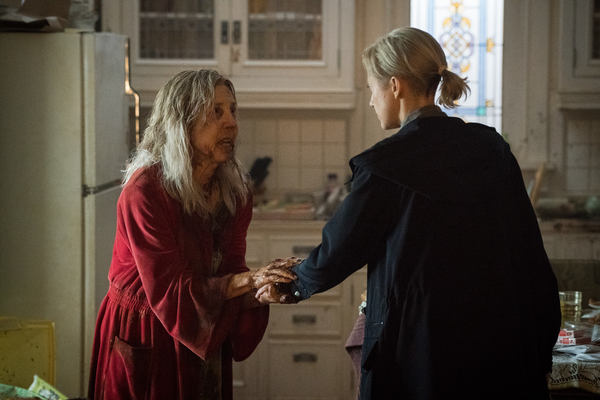 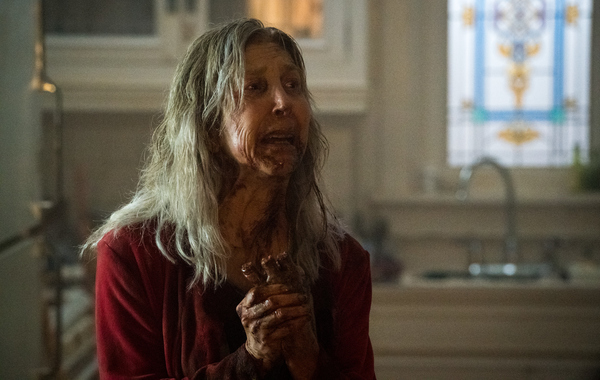