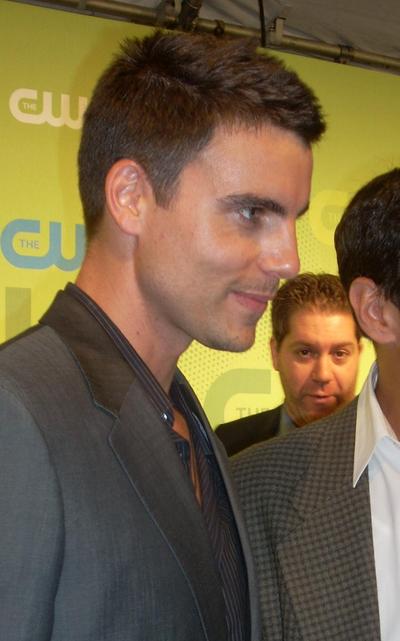 Colin Egglesfield (born February 9, 1973) is an American actor. He is best known for his portrayal as Josh Madden in the long-running soap opera All My Children, Evan on The Client List, as well as Auggie Kirkpatrick in The CW's short-lived teen drama Melrose Place.

Egglesfield was born in Farmington Hills,Michigan, the second child of Kathleen (née Dineen) and William Egglesfield, a physician. His mother is Irish. He has two siblings: an older sister, Kerry, and a younger brother, Sean. He was brought up in a Catholic household.

Egglesfield spent his early childhood in the Metro Detroit area. At the age of ten, he and his family moved to Crete, Illinois, a small community south of Chicago. Growing up, he was more studious than rambunctious, preferring to spend Friday nights alone building model airplanes. His dream was to follow his father's footsteps as a physician, but became interested in acting watching his older sister Kerry perform.

Shy in his adolescent years, he credits his prep football coach with helping gain a positive self-esteem. Egglesfield graduated from Marian Catholic High School in Chicago Heights and went on to the University of Iowa's pre-med program. After he received his BS from Iowa he backpacked throughout Europe.

To earn money for medical school, Egglesfield turned to modeling. He won a contest (he entered at the urging of a friend), and soon after, he left medicine behind for a modeling career. He is signed with Beatrice Model agency in Milan, Italy, and DNA Model Management in New York City. He modeled for Versace, Calvin Klein, and Armani, among others before he started acting.

After taking drama classes, Egglesfield found himself guest starring on popular TV series such Law & Order SVU, The $treet, Gilmore Girls, Charmed, Nip/Tuck "Client List". He also had a very small 5-word 7 second role in the 2005 movie Must Love Dogs, in addition to many other minor film projects. On September 20, 2005, he made his debut on All My Children, taking over the role of Josh Madden from his short-lived predecessor Scott Kinworthy.