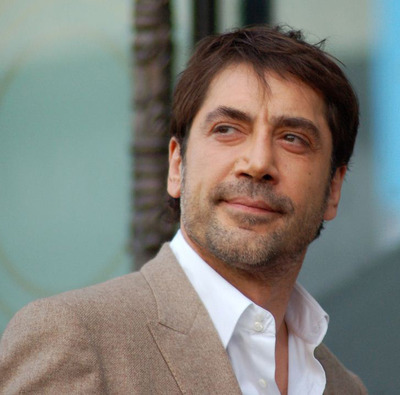 Javier Ángel Encinas Bardem (born 1 March 1969) is a Spanish actor. In 2007, he won the Academy Award for Best Supporting Actor for his role as psychopathic assassin Anton Chigurh in No Country for Old Men. He has also garnered critical acclaim for roles in films such as Jamón, jamón, Carne trémula, Boca a boca, Los Lunes al sol and Mar adentro. He portrayed the main antagonist Raoul Silva in the 2012 James Bond movie Skyfall, for which he received both a BAFTA and a SAG nomination for Best Supporting Actor.

Bardem has also won a Golden Globe, a Screen Actors Guild Award, a BAFTA, five Goya Awards, two European Film Awards, a Prize for Best Actor at Cannes and two Coppa Volpis at Venice for his work. He is the first Spaniard to be nominated for an Oscar (Best Actor, 2000, for Before Night Falls), as well as the first Spanish actor to win an Academy Award. He received his third Academy Award nomination, and second Best Actor nomination, for the film Biutiful.

Bardem was born in Las Palmas de Gran Canaria, in the Canary Islands, Spain. His mother, Pilar Bardem (born María del Pilar Bardem Muñoz), is an actress, and his father, José Carlos Encinas Doussinague (1931–1995), was a businessman involved in environmental work. The two separated shortly after his birth. His mother raised him alone. Bardem comes from a long line of filmmakers and actors dating back to the earliest days of Spanish cinema; he is a grandson of actors Rafael Bardem and Matilde Muñoz Sampedro, and nephew of screenwriter and director Juan Antonio Bardem. Both his older brother and sister, Carlos and Mónica, are actors. He also comes from a political background, as his uncle Juan Antonio was imprisoned by Franco for his anti-fascist films. Bardem was brought up in the Roman Catholic faith by his grandmother.

As a child, he spent time at theatres and on film sets. At age six, he made his first film appearance, in Fernando Fernán Gómez's El Pícaro (The Scoundrel). He also played rugby for the junior Spanish National Team. Though he grew up in a family full of actors, Bardem did not see himself going into the family business. Actually, painting was his first love. He went on to study painting for four years at Madrid's Escuela de Artes y Oficios. In need of money he took acting jobs to support his painting, but he also says he was a bad painter and eventually abandoned that career pursuit. In 1989, for the Spanish comedy show El Día Por Delante (The Day Ahead), he had to wear a Superman costume for a comedic sketch, a job that made him question whether he wanted to be an actor at all. Bardem has confessed to having worked as a stripper (for one day only) during his struggling acting career.

Bardem came to notice in a small role in his first major motion picture, The Ages of Lulu, when he was 20, in which he appeared along with his mother, Pilar Bardem. Bigas Luna, the director of Lulu, was sufficiently impressed to give him the leading male role in his next film, Jamón Jamón in 1992, in which Bardem played a would-be underwear model and bullfighter. The film, which also starred a teenaged Penélope Cruz, was a major international success. He then starred again in Luna's next film Golden Balls (1993).

Bardem's talent did not go unnoticed in the English-speaking world. In 1997, John Malkovich was the first to approach him, then a 27-year-old, for a role in English, but the Spanish actor turned down the offer because his English was still poor. His first English-speaking role came that same year, in with director Alex de la Iglesia's Perdita Durango, playing a santería-practicing bank robber. After starring in about two dozen films in his native country, he gained international recognition in Julian Schnabel's Before Night Falls in 2000, portraying Cuban poet Reinaldo Arenas. He received praise from his idol Al Pacino; the message Pacino left on Bardem's answering machine was something he considers one of the most beautiful gifts he has ever received. For that role, he received a nomination for the Academy Award for Best Actor, the first for a Spaniard. Immediately after, he turned down the role of "Witwer" in Minority Report which eventually went to Colin Farrell. Instead, in 2002, Bardem starred in John Malkovich's directorial debut, The Dancer Upstairs. Malkovich originally had the Spanish actor in mind for the role of the detective's assistant, but the movie took so long to obtain financing it gave Bardem time to learn English and take on the lead role of the detective. "I will always be grateful to him because he really gave me my very first chance to work in English," Bardem has said of Malkovich.

Bardem won Best Actor at the Venice Film Festival for his role in Mar Adentro (2004), released in the United States as The Sea Inside, in which he portrayed the quadriplegic turned assisted suicide activist Ramón Sampedro. He made his Hollywood debut in a brief appearance as a crime lord who summons Tom Cruise's hitman to do the dirty work of dispatching witnesses in the crime drama Collateral. He stars in Miloš Forman's 2006 film Goya's Ghosts opposite Natalie Portman, where he plays a twisted monk during the Spanish Inquisition. In 2007, Bardem acted in two film adaptations: the Coen Brothers' No Country for Old Men, and the adaptation of the Colombian novel Love in the Time of Cholera with Giovanna Mezzogiorno by Gabriel García Márquez. In No Country for Old Men, he played a sociopathic assassin, Anton Chigurh. For that role, he became the first Spaniard to win an Academy Award for Best Supporting Actor. He also won a Golden Globe Award and Screen Actors Guild (SAG) Award for Best Supporting Actor, the Critics' Choice Award for Best Supporting Actor, and the 2008 British Academy of Film and Television Arts (BAFTA) Award for Best Supporting Actor. Bardem's rendition of Chigurh's trademark phrase, "Call it, friendo", was named Top HollyWORDIE of 2007 in the annual survey by the Global Language Monitor. Chigurh was named No. 26 in Entertainment Weekly magazine's 2008 "50 Most Vile Villains in Movie History" list. Bardem's life's work was honored at the 2007 Gotham Awards, produced by Independent Feature Project.

Francis Ford Coppola singled out Bardem as an heir to, and even improvement on, Al Pacino, Jack Nicholson and Robert De Niro, referring to Bardem as ambitious, hungry, unwilling to rest on his laurels and always "excited to do something good." Bardem was attached to play the role of Tetro's mentor in Coppola's film Tetro, but the director felt the character should be female, so he was replaced by fellow Spaniard Carmen Maura.

Other than his native Spanish, Bardem is fluent in English. He is also a stated fan of heavy metal music, with a particular penchant for the band AC/DC. Bardem cannot drive, only getting behind the wheel for film roles, and he consistently refers to himself as a "worker", and not an actor. Bardem was raised as a Catholic, but is now an atheist. Following the legalization of same-sex marriage in Spain in 2005, Bardem incited controversy when he stated that if he were gay, he would get married "right away tomorrow, just to screw the Church" (mañana mismo, sólo para joder a la Iglesia). In May 2011 Bardem teamed up with The Enough Project's co-founder John Prendergast to raise awareness about conflict minerals in eastern Congo.

In 2007, Bardem began dating Penélope Cruz, his co-star in Vicky Cristina Barcelona. Bardem and Cruz have maintained a low public profile. They are famously private and will not talk about their personal lives. The couple married in July 2010 in The Bahamas. They have two children: a son, named Leonardo Encinas Cruz (in keeping with Spanish naming custom), born on 22 January 2011, in Los Angeles; and a daughter, named Luna Encinas Cruz, born on 22 July 2013, in Madrid. 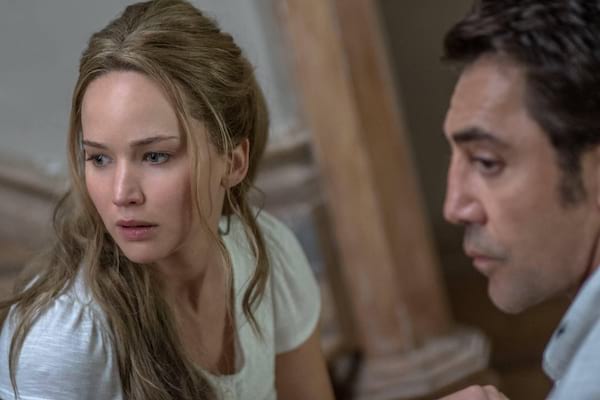 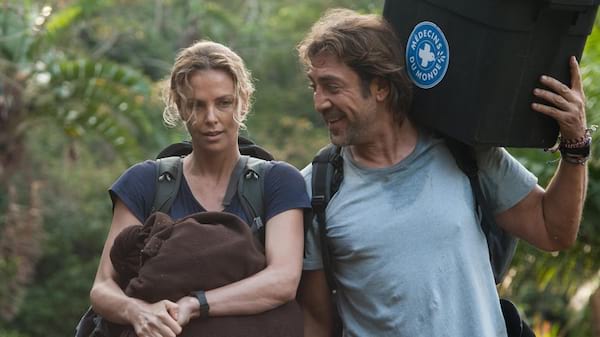 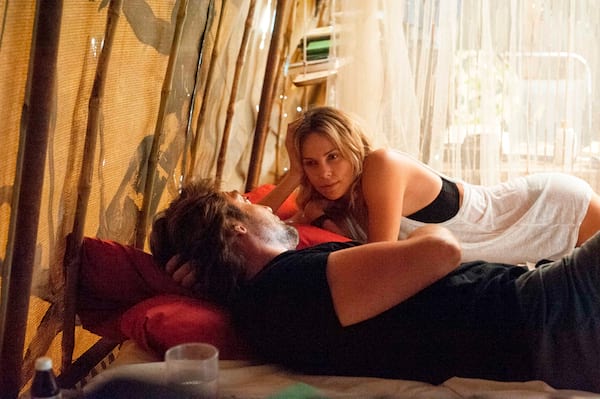 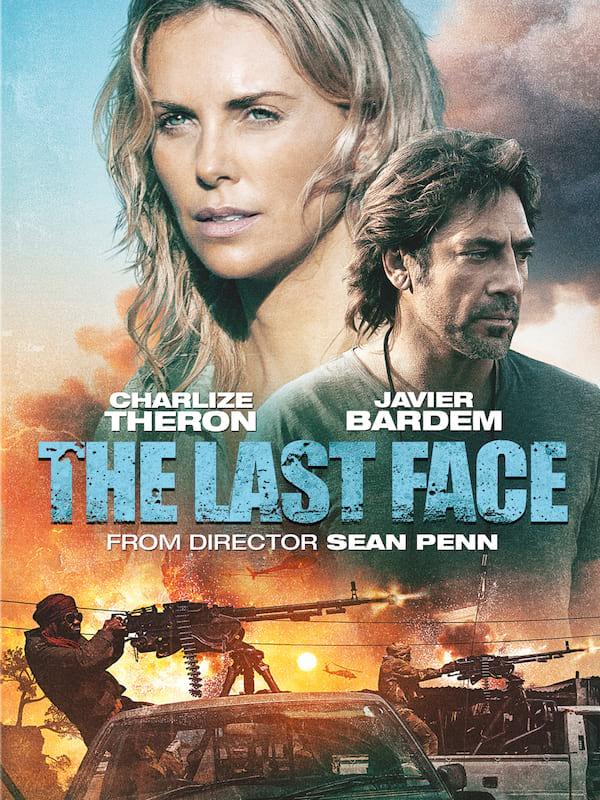 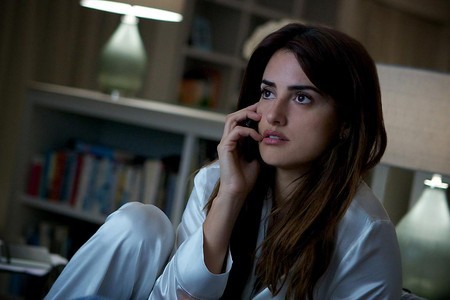 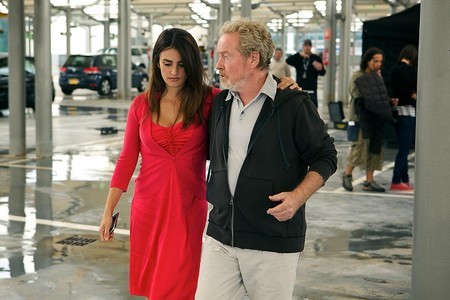 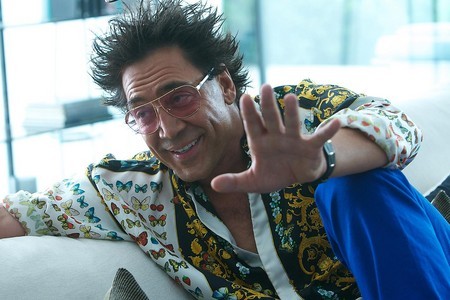 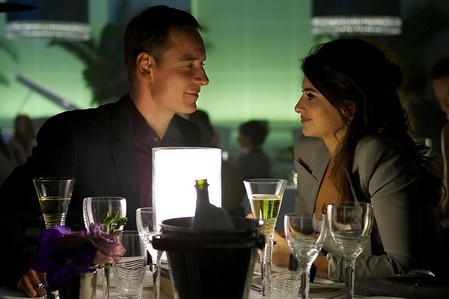 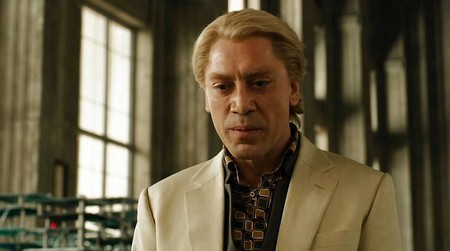 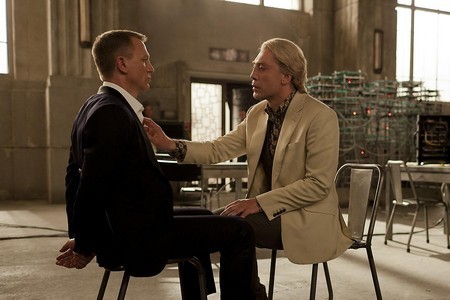 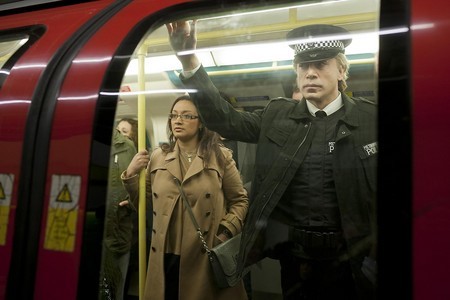 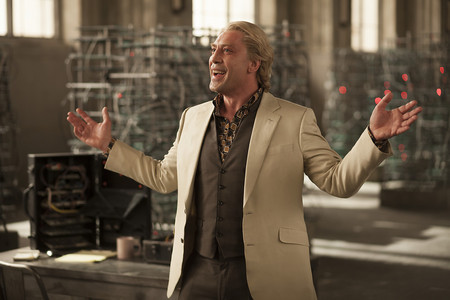 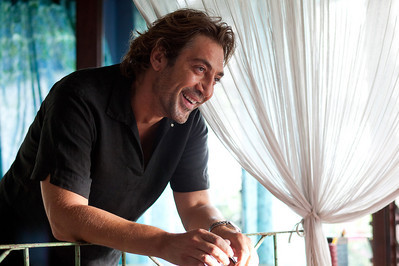 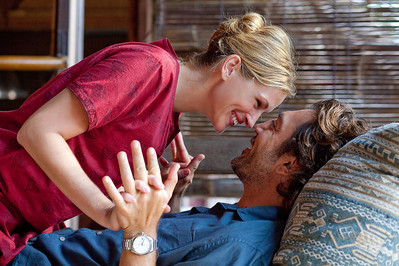 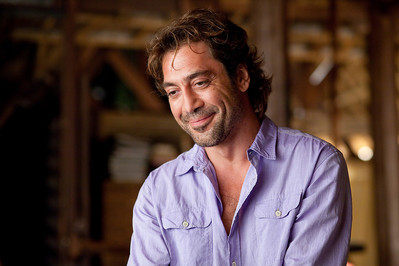