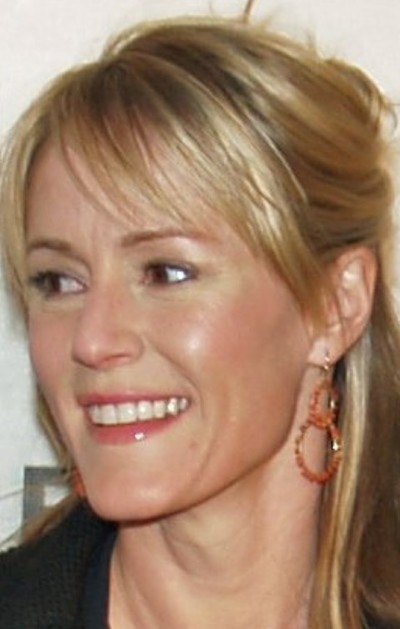 Masterson was born in Manhattan to writer-director Peter Masterson and actress Carlin Glynn. She has two siblings: Peter Masterson Jr., and Alexandra Masterson, who are both involved in the entertainment industry. As a teen, she attended Stagedoor Manor Performing Arts Training Center in upstate New York with actors Robert Downey, Jr. and Jon Cryer. Later, she attended schools in New York, including eight months studying anthropology at New York University.

Masterson's first film appearance was in The Stepford Wives (1975) at the age of eight, playing a daughter to her real-life father. Rather than continue her career as a child actor, she chose to continue her studies, although she did appear in several productions at the Dalton School. In 1985, she returned to cinema in Heaven Help Us as Danni, a rebellious high school dropout working at a soda fountain. She appeared with Sean Penn and Christopher Walken in the film At Close Range (1986) as Brad Jr's girlfriend Terry, a film based on an actual rural Pennsylvania crime family led by Bruce Johnston, Sr. during the 1960s and 1970s. She later starred as the tomboyish drumming Watts in the teenage drama Some Kind of Wonderful (1987). As a result, she is loosely connected with the Brat Pack. The same year Francis Ford Coppola cast her in Gardens of Stone in which she acted with her parents, hired by Coppola to play her on-screen parents. In 1989, she starred as Lucy Moore, a teenage girl giving up her first baby to a wealthy couple, played by Glenn Close and James Woods in Immediate Family. For her work in that film she received a "Best Supporting Actress" award from the National Board of Review of Motion Pictures.

Masterson has been married three times. In 1990, she married George Carl Francisco; they divorced in 1992. In 2000, she married American film director Damon Santostefano; they divorced in 2004. In 2006, Masterson married actor Jeremy Davidson. Both had starred in the 2004 production of Cat on a Hot Tin Roof. Masterson gave birth to their son on October 11, 2009. Masterson gave birth to twins in August 2011. Their fourth child was born in October 2012.