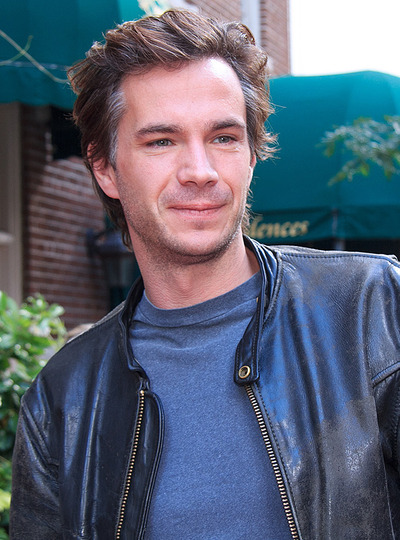 James D'Arcy was born in Fulham, London, where he and his younger sister, Charlotte were raised by their mother, Caroline (a nurse). His father died when he was young. After completing his education at Christ's Hospital in 1991, he went to Australia for a year and worked in the drama department of a school in Perth, which gave him an interest in acting. When he returned to London he applied for drama school. He did a three-year course at the London Academy of Music and Dramatic Art, completing a BA in Acting in 1995.

During his time at LAMDA he appeared in training productions of Heracles, As You Like It, Wild Honey, The Freedom of the City and Sherlock Holmes. On leaving drama school: "It was only when I finished the course and left my graduation diploma on the bus that I realized I'd become an actor."

His first appearances on television were small roles in the TV series Silent Witness (1996) and Dalziel and Pascoe (1996), followed by roles in TV film such as Nicholas Hawthorne in Ruth Rendell's Bribery and Corruption (1997), Lord Cheshire in The Canterville Ghost (1997) and Jonathan Maybury in The Ice House (1997). In 1997 he furthermore played Blifil in the Mini-series The History of Tom Jones, a Foundling. In 1999, he acted alongside Daniel Craig in the World War I drama The Trench as well as having a small role in the comedy Guest House Paradiso.