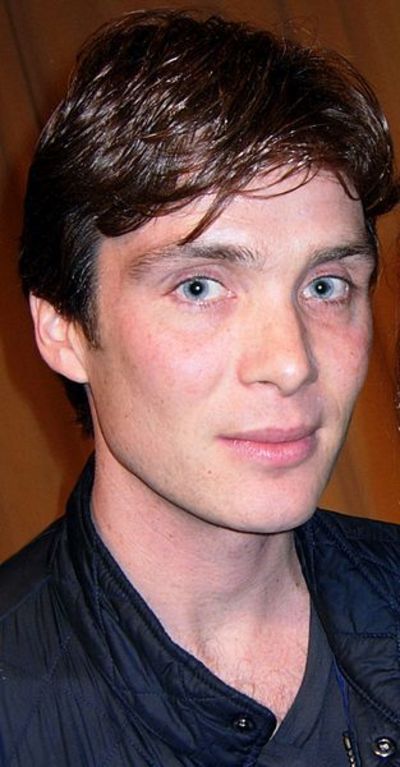 Cillian Murphy (born 25 May 1976) is an Irish actor of stage and screen. Since making his debut in his home country in the late 1990s, Murphy has also become a presence in British and American cinema—noted by critics for his performances in a wide range of roles.

A native of Cork, Murphy began his performing career as a rock musician. After turning down a record deal, he made his professional acting debut in the play Disco Pigs in 1996. While continuing with stage work he also began appearing in independent films, first coming to international attention in 2002 as the hero of Danny Boyle's post-apocalyptic film 28 Days Later. Murphy's profile continued to grow in 2005 when he appeared in a series of successful films: firstly as the Scarecrow in Christopher Nolan's 2005 blockbuster Batman Begins—a role he reprised in The Dark Knight (2008) and The Dark Knight Rises (2012)—and secondly in the action-thriller Red Eye. For his performance as a transgender woman in Breakfast on Pluto, Murphy received a Golden Globe award nomination for Best Actor in a Musical or Comedy.

In 2006, Murphy played the lead role in Ken Loach's Palme d'Or-winning film The Wind That Shakes the Barley. He re-teamed with Boyle for the science-fiction film Sunshine(2007), and with Nolan for the highly-successful thriller Inception (2010). In 2013, Murphy played the lead in the BBC gangster series Peaky Blinders. He has continued to work on stage, and won the Drama Desk Award for Outstanding Solo Performance for Misterman in 2011. Murphy lives with his wife and two children in London.

Murphy was born in Douglas and raised in Ballintemple, two suburbs of Cork. His father, Brendan, works for the Irish Department of Education, and his mother is a French teacher. Not only are his parents educators, but his aunts and uncles are also teachers, as was his grandfather. Musicianship also runs in the family, and Murphy started playing music and writing songs at age ten.

In his late teens and early twenties, Murphy worked toward a career as a rock musician, playing guitar in several bands alongside his brother Páidi. The Beatles-obsessed pair named their most successful band "The Sons of Mr. Greengenes", after a 1969 song by another idol, Frank Zappa. The Sons of Mr. Greengenes were offered a five-album record deal by Acid Jazz Records, but they did not sign the contract. Because Murphy's brother was still in secondary school, their parents disapproved. Additionally, the contract offered little money and would have ceded the rights to Murphy's compositions to the record label.

In 1996, Murphy began studying law at University College Cork (UCC), but he failed his first year exams because, as he put it, he had "no ambitions to do it". Not only was he busy with his band, but he has admitted that he knew within days after starting at UCC that law was the wrong fit for him. Furthermore, after seeing Corcadorca's stage production of A Clockwork Orange, directed by Kiernan, acting had begun to pique his interest. His first major role was in the UCC Drama Society's amateur production of Observe the Sons of Ulster Marching Towards the Somme, also starring Irish American comedian, Des Bishop.

He began to transition away from working as a rock musician, about which he later remarked, "I think there's such a thing as a performance gene. If it's in your DNA it needs to come out. For me it originally came out through music, then segued into acting and came out through there. I always needed to get up and perform."

Murphy hounded Pat Kiernan until he got an audition at Corcadorca, and in September 1996, he made his professional acting debut on the stage, originating the part of a volatile Cork teenager in Enda Walsh's Disco Pigs. Walsh recalled meeting and discovering Murphy: "There was something about him – he was incredibly enigmatic and he would walk into a room with real presence and you'd go, "My God". It had nothing to do with those bloody eyes that everyone's going on about all the time." Murphy observed, "I was unbelievably cocky and had nothing to lose, and it suited the part, I suppose." Originally slated to run for three weeks in Cork, Disco Pigs ended up touring throughout Europe, Canada and Australia for two years, and Murphy left both university and his band. Though he had intended to go back to playing music, he secured representation after his first agent caught a performance of Disco Pigs, and his acting career began to take off.

Murphy began appearing in independent films, such as John Carney's On the Edge, and in short films, including the Irish/English language short Filleann an Feall, He also appeared in the BBC television miniseries adaptation of The Way We Live Now. In addition to Disco Pigs, he starred in many other plays, including Shakespeare's Much Ado About Nothing, Neil LaBute's The Shape of Things, and Chekhov's The Seagull; Murphy considers this stage work to have been his "training ground." Murphy also reprised his Disco Pigs role for the 2001 indie film version by Kirsten Sheridan, in which he was able to showcase his singing. During this period, he moved from Cork, relocating first to Dublin for a few years, then to London in 2001. In 1999 he had a role a soldier in William Boyd's The Trench, a film about a group of young British soldiers on the eve of the Battle of the Somme.

In 2002, Murphy achieved mainstream success when he was cast in the leading role in Danny Boyle's horror film 28 Days Later. He portrayed pandemic survivor Jim who is "perplexed to find himself alone in the desolate, post-apocalyptic world" after waking from a coma in a London hospital, 28 days later. Casting director of the film Gail Stevens suggested that Boyle audition Murphy for the role, having been impressed with his performance in Disco Pigs. Stevens stated that it was only after seeing his slender physique during filming that they decided to feature him fully nude at the beginning of the film. She recalled that Murphy was shy on set with the tendency to look slightly away from the camera, but enthused that he had a "dreamy, slightly denenergised, floating quality that is fantastic for the film". His performance, which Richard Cosgrove considers to be "extremely convincing", earned him nominations for Best Newcomer at the 8th Empire Awards and Breakthrough Male Performance at the 2004 MTV Movie Awards. Released in the UK in late 2002, by the following July 28 Days Later had become a sleeper hit in America and a major success worldwide, putting Murphy before a mass audience for the first time. Murphy professed that he considered the film to be much deeper than a zombie or horror film, expressing surprise at the film's success and that American audiences responded well to its content and violence.

Wider recognition came to Murphy in 2005 when he starred as Dr. Jonathan Crane in Christopher Nolan's Batman Begins. Originally asked to audition for the role of Bruce Wayne/Batman in Batman Begins, Murphy never saw himself as having the right physique for the superhero, but leapt at the chance to connect with director Christopher Nolan. Though the lead went to Christian Bale, Nolan was so impressed with Murphy that he gave him the supporting role of Dr. Jonathan Crane, whose alter ego is supervillain Scarecrow. Nolan told Spin, "He has the most extraordinary eyes, and I kept trying to invent excuses for him to take his glasses off in close-ups." Murphy achieved further mainstream success that year by portraying operative Jackson Rippner who terrorises Rachel McAdams on an overnight flight in Wes Craven's thriller, Red Eye. New York Times film critic Manohla Dargis asserted that Murphy made "a picture-perfect villain" and that his "baby blues look cold enough to freeze water and his wolfish leer suggests its own terrors." The film was favourably reviewed and earned almost $100 million worldwide.

n mid-2004, Murphy married his long-time girlfriend, Yvonne McGuinness, an artist whom he had met in 1996 at one of his rock band's shows. The couple live in North West London with their two sons, Malachy (born in 2005) and Aran Murphy (born in 2007).