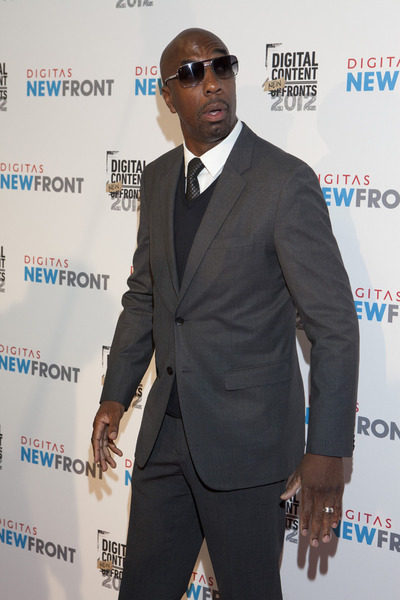 Jerry Brooks (born December 16, 1966), better known by his stage name J. B. Smoove, is an American actor, writer, and stand-up comedian who began his TV career on Russell Simmons's "Def Comedy Jam" in the early 1990s. He is best known for his recurring role as Leon on Curb Your Enthusiasm. He currently stars in the "Fakest Reality Series" Real Husbands of Hollywood as himself.

Smoove was born in Plymouth, North Carolina, and grew up in Mount Vernon, New York. He attended Norfolk State University in Virginia. He shortened his name, Jerry Brooks, to "J.B." and added "Smoove" as his last name when he began performing stand-up comedy.

Smoove has had recurring roles on Everybody Hates Chris and Saturday Night Live. On SNL, he worked as a writer (and had bit roles in sketches, including playing Jimmy "JJ" Walker in a parody of the 1970s sitcom Good Times) and was a recipient of the 2007 Writers Guild of America award for Best Comedy/Variety Series (Including Talk).

Smoove's film credits include With or Without You, Pootie Tang, Mr. Deeds, Date Night, Hall Pass, The Sitter, We Bought a Zoo, The Dictator, and A Haunted House.

He had a major role for seasons two and three on the Fox network sitcom 'Til Death with Brad Garrett and Joely Fisher. In June 2008, he taped several episodes of The Gong Show with Dave Attell as one of the celebrity judges. Smoove was also a cast member on the short-lived sketch comedy program Cedric the Entertainer Presents.

Smoove has been married to singer Shahidah Omar since 2007.