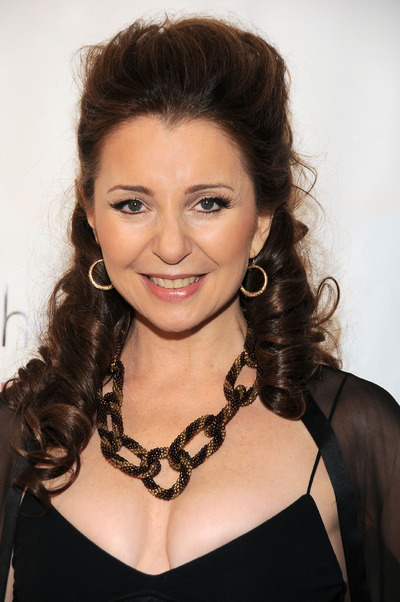 She is known, most recently, for her role as Mother Gothel in the animated Disney film Tangled (2010); Anij, Captain Jean-Luc Picard's love interest, in Star Trek: Insurrection (1998); Rosalie Octavius, the wife of Dr. Octopus in Spider-Man 2 (2004), one of the government secretaries in The Bourne Legacy, and her numerous stage roles in musical theatre.

Murphy, the eldest of seven children, was born in Corona, Queens, New York, the daughter of Jeanne (née Fink) and Robert Murphy, an aerospace engineer. Murphy is of Irish, French, German, and Czech ancestry. Her family moved to Hauppauge, Long Island, New York. At age three, she asked for voice lessons, and she put on shows as a child in Hauppauge. She later moved to Topsfield, Massachusetts and graduated from Masconomet Regional High School in 1977.

Murphy dropped out of the New York University drama program in her sophomore year when she was cast to understudy the three backup singers in the 1979 Broadway musical They're Playing Our Song. In a 2007 interview, Murphy explained, "At the end of my sophomore year, I took a leave of absence. I needed to audition without cutting classes." She also studied at the Lee Strasberg Theatre Institute.

She has appeared in many Off-Broadway productions, including the musical Francis in 1981 at the York Theatre at St. Peter's, The Mystery of Edwin Drood in 1985 at the Public Theater's Delacorte Theatre, Birds of Paradise in 1987 (Promenade Theatre), Privates on Parade (Roundabout Theatre) in 1989, the musical Song of Singapore in 1991, the Michael John LaChiusa musical Hello Again at the Lincoln Center Mitzi Newhouse Theater in 1993, Twelve Dreams at the Mitzi Newhouse Theater in 1995, and Helen at the Public Theater/New York Shakespeare Festival in 2002. In 2012, she appeared in Stephen Sondheim's Into the Woods at The Public Theater's Delacorte Theatre as the Witch.

Murphy has been married to actor and singer Shawn Elliott since 1990. She is the stepmother of Elliott's two daughters. In 2005, they adopted a daughter from Guatemala, Darmia Hope.