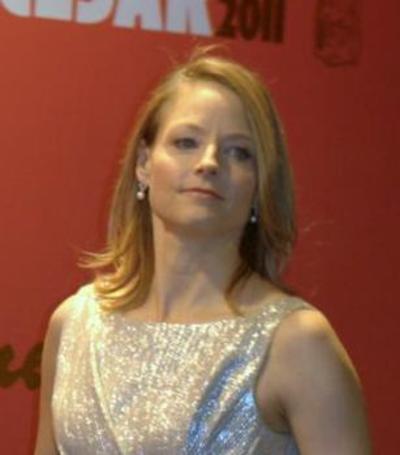 Foster began acting in commercials at the age of three, and rose to prominence at the age of 13 in the 1976 film Taxi Driver as the preteen prostitute Iris, for which she received a nomination for the Academy Award for Best Supporting Actress. She won the Academy Award for Best Actress in 1989, for playing a rape victim in The Accused. In 1991, she starred in The Silence of the Lambs, receiving international acclaim and her second Academy Award for Best Actress. She received her fourth Academy Award nomination for playing a hermit in Nell (1994). Her other best-known work includes Contact (1997), The Brave One (2007), and Carnage (2011). Foster made her directorial debut in 1991 with Little Man Tate; she also directed the films Home for the Holidays (1995) and The Beaver (2011).

In addition to her two Academy Awards, she has won three BAFTA Awards, three Golden Globe Awards, including the Cecil B DeMille Award for "outstanding contributions to the world of entertainment", and a Screen Actors Guild Award.

Foster was born November 19, 1962, in Los Angeles, California. She is the youngest of four children born to Evelyn Ella "Brandy" (née Almond) and Lucius Fisher Foster III. Her father, a decorated U.S. Air Force lieutenant colonel turned real estate broker, came from a wealthy background and left his wife before Foster was born. Foster has two older sisters, Lucinda "Cindy" Foster (b. 1954) and Constance "Connie" Foster (b. 1955), and an older brother, Lucius Fisher "Buddy" Foster (b. 1957), who was also a child actor. Evelyn supported her children by working as a film producer.

Foster attended a French-language prep school, the Lycée Français de Los Angeles, and graduated in 1980. She frequently stayed and worked in France as a teenager, and speaks French fluently. She then attended Yale University, earning a bachelor's degree in literature in 1985. She was scheduled to graduate in 1984, but the shooting of then-President Ronald Reagan by John Hinckley, Jr., in which Hinckley's fascination with Foster created unwanted adverse publicity for her, caused her to take a semester's leave of absence from Yale. She received an honorary Doctor of Fine Arts degree from the university in 1997.

Due to her French fluency, Foster has dubbed herself in French-language versions of most of her films.  In 2004, she took a minor role in the French WWI film, A Very Long Engagement. She also understands German and Spanish and can converse in Italian.

Foster made nearly 50 film and television appearances before she attended college. She began her career at age three as a Coppertone girl in a television commercial and debuted as a television actress in a 1968 episode of Mayberry R.F.D.

Foster broke up with her long-time girlfriend, Cydney Bernard, in 2008. They had been together since 1993. In her acceptance speech upon receiving the Cecil B. DeMille Award at the 2013 Golden Globe Awards, she commented about her sexual orientation: "I already did my coming out about 1,000 years ago back in the stone age, those very quaint days when a fragile young girl would open up to trusted friends and family and co-workers, and then gradually and proudly to everyone who knew her, to everyone she actually met." She thanked Bernard, calling her "my heroic co-parent, my ex-partner in love but righteous soul sister in life". Foster also thanked Mel Gibson as one of the people who "saved" her.

Foster is an atheist. Foster has stated she has "great respect for all religions" and spends "a lot of time studying divine texts, whether it's Eastern religion or Western religion." She and her children celebrate both Christmas and Hanukkah.