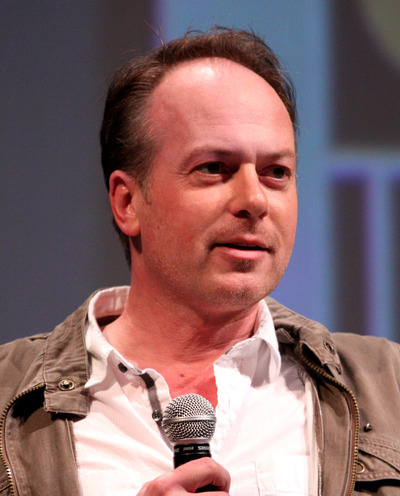 Thomas "Tom" McGrath (born August 7, 1964) is an American film director, animator, and voice actor who is best known for co-directing (with Eric Darnell) the 2005 comedy Madagascar and its sequels, Madagascar: Escape 2 Africa in 2008 and Madagascar 3: Europe's Most Wanted in 2012, also providing the voice of Skipper in all three films. He has also worked as a voice actor on other DreamWorks animated features like Flushed Away in 2006 and Shrek the Third in 2007. He also stepped in on Flushed Away to help make improvements prior to its release. He also voices Skipper in The Penguins of Madagascar series.

McGrath studied Industrial Design at the University of Washington and graduated from the Character Animation program at Cal Arts. McGrath's experience in both television and feature animation includes work as an animator on Ralph Bakshi's film Cool World (starring Brad Pitt), storyboard artist and director for the popular series The Ren and Stimpy Show, animator on the Joe Pytka-directed Space Jam (starring Michael Jordan), and storyboard artist on the live action film Cats & Dogs and worked as storyboard artist and concept artist/prop and set designer for How the Grinch Stole Christmas (directed by Ron Howard).

McGrath made his film directing debut as the co-director, writer and co-creator of Madagascar (along with Eric Darnell), where he also created the memorable squad of penguin characters and voiced their leader, Skipper. He also reprised his role as Skipper and co-directed and co-wrote the sequel, Madagascar: Escape 2 Africa. He worked on The Penguins of Madagascar, a Madagascar spin-off TV series, as the voice of Skipper, and directed the DreamWorks animated feature Megamind (starring Will Ferrell, Jonah Hill, Brad Pitt, Tina Fey and David Cross), released in November 2010.

McGrath was raised in Lynnwood, Washington.