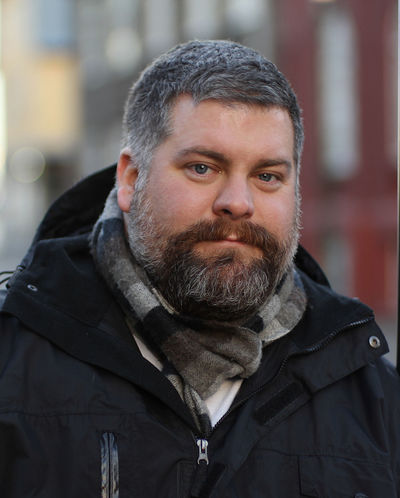 Dean DeBlois (/dəˈblwɑː/; born 7 June 1970) is a Canadian film director, film producer, screenwriter, and animator. He is best known for co-writing and co-directing the Oscar-nominated animated films Lilo & Stitch for Walt Disney Animation Studios, the How to Train Your Dragon film trilogy for DreamWorks Animation, and directed the documentary Heima about the Icelandic band Sigur Rós.

DeBlois was born in Brockville, Ontario, and raised in Aylmer, Quebec, Canada. As a boy he was interested in comic books, which he later said influenced his drawing ability, imagination and storytelling. Growing up poor, he would visit a nearby a smoke shop on weekends, where the proprietor let him read comics for free. Memorizing them, he went home and drew.

Upon graduation from Sheridan College in 1990, DeBlois was hired by Sullivan Bluth Studios in Dublin, Ireland. There, he worked as a layout artist, character designer, and storyboard assistant to Don Bluth on such feature animated films as A Troll in Central Park and Thumbelina.

In 1994, DeBlois left Dublin for Los Angeles to begin work for Walt Disney Feature Animation as a storyboard artist, where he soon replaced his frequent collaborator, Chris Sanders, as Head of Story on Mulan. Shortly thereafter, they re-teamed to create Lilo & Stitch.

In October 2008, DeBlois returned to feature animation to co-write and co-direct DreamWorks Animation's then-troubled How to Train Your Dragon, once again re-teaming with Sanders. The duo re-envisioned the film's story and shepherded the production to its March 2010 release. The resulting film became the studio's top-grossing film in North America outside of the Shrek franchise.

DeBlois wrote and directed the fantasy/action film How to Train Your Dragon 2, a sequel to the original, which was released on June 13, 2014.