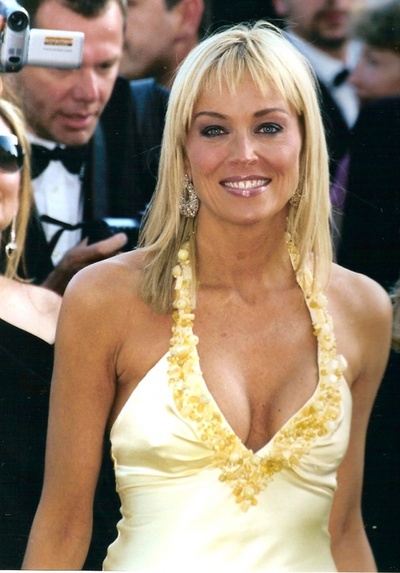 Stone first achieved international recognition for her role in theerotic thriller Basic Instinct (1992) by Paul Verhoeven. She was nominated for an Academy Award for Best Actress and won a Golden Globe Award for Best Actress in a Motion Picture Drama for her performance in Casino (1995). She received further acclaim and Golden Globe Award nominations for her roles in The Mighty and The Muse. In 2004, Stone won the Emmy Award for Outstanding Guest Actress in a Drama Series for her performance in The Practice. She has also appeared in such movies as Alpha Dog, Bobby, and most recently, Lovelace.

Stone was born in Meadville, Pennsylvania, the second of four children of Dorothy (née Lawson), an accountant, and Joseph William Stone, II, a tool and die manufacturer and factory worker. Stone was considered academically gifted as a child and entered the second grade when she was five years old.

She graduated from Saegertown High School in Saegertown, Pennsylvania in 1975. While attending Edinboro University, Stone won the title of Miss Crawford County, Pennsylvania and was a candidate for Miss Pennsylvania. One of the pageant judges told her to quit school and move to New York City to become a fashion model. In 1977, Stone left Meadville, moving in with an aunt in New Jersey. Within four days of her arrival in New Jersey, she was signed by Ford Modeling Agency in New York.

While living in Europe, she decided to quit modeling and become an actress. "So I packed my bags, moved back to New York, and stood in line to be an extra in a Woody Allen movie," she later recalled. Stone was cast for a brief role in Allen's Stardust Memories (1980), and then had a speaking part a year later in the horror film Deadly Blessing (1981). French director Claude Lelouch cast her in Les Uns et les Autres (1982), starring James Caan. She was on screen for two minutes and did not appear in the credits.

Her next film role was in Irreconcilable Differences (1984), starring Ryan O'Neal, Shelley Long, and a young Drew Barrymore. Stone played a starlet who breaks up the marriage of a successful director and his screenwriter wife. In 1984, she appeared in a two-part episode of Magnum, P.I., titled "Echoes of the Mind", where she played identical twins, one a love interest of Tom Selleck's character. Through the remainder of the 1980s, she had roles in such films as King Solomon's Mines (1985) and Allan Quatermain and the Lost City of Gold (1987), and played Steven Seagal's wife in Above the Law (1988). In 1988, she played Janice Henry for the filming of the miniseries War and Remembrance.

Her appearance in Dutch film director Paul Verhoeven's Total Recall (1990) with Arnold Schwarzenegger gave Stone's career a boost. To coincide with the film's release, she posed nude for Playboy, showing off the muscles she developed in preparation for the film (she lifted weights and learned taekwondo). In 1999, she was rated among the 25 sexiest stars of the century by Playboy. In another Verhoeven film was the role that made her a star, playing Catherine Tramell, a brilliant, bisexual, alleged serial killer, in Basic Instinct (1992). Several actresses at the time turned down the role, mostly because of the nudity required. In the film's most notorious scene, Tramell is being questioned by the police, and she crosses and uncrosses her legs, exposing her genitalia, which are not covered by underwear. According to Stone, she agreed to film the flashing scene with no underwear, and although she and Verhoeven had discussed the scene from the beginning of production, she was unaware just how explicit the infamous shot would be:

"I knew that we were going to do this leg-crossing thing and I knew that we were going to allude to the concept that I was nude, but I did not think that you would see my vagina in the scene. Later, when I saw it in the screening I was shocked. I think seeing it in a room full of strangers was so disrespectful and so shocking, so I went into the booth and slapped him and left."

Stone claimed in an earlier interview, however, that "it was so fun" watching the film for the first time with strangers. Verhoeven has denied all claims of trickery and said, "As much as I love her, I hate her, too, especially after the lies she told the press about the shot between her legs, which was a straight lie". Screenwriter Joe Eszterhas, who later befriended the actress, also claimed in his memoir, Hollywood Animal, that the actress was fully aware of the level of nudity involved.

Stone currently lives in Beverly Hills, California and owns a ranch in New Zealand. She married television producer Michael Greenburg in 1984 on the set of The Vegas Strip War, a television film he produced and she starred in. The couple separated three years later, and their divorce was finalized in 1990.

In 1993, Stone met William J. MacDonald (aka Bill MacDonald) on the set of the film Sliver, which he co-produced. MacDonald left his wife Naomi Baca for Stone and became engaged to her. They separated one year later in 1994. While working on the film The Quick and the Dead in 1995, Stone met Bob Wagner (a second assistant director) and they became engaged. After they separated, Stone returned the engagement ring via FedEx.

On February 14, 1998, Stone married Phil Bronstein, executive editor of the San Francisco Examiner and later San Francisco Chronicle. They adopted a baby son, Roan Joseph Bronstein, in 2000. Bronstein filed for divorce in 2003, citing irreconcilable differences. The divorce became final in 2004, with a judge ruling that Roan should remain primarily with Bronstein, with Stone receiving visitation rights. 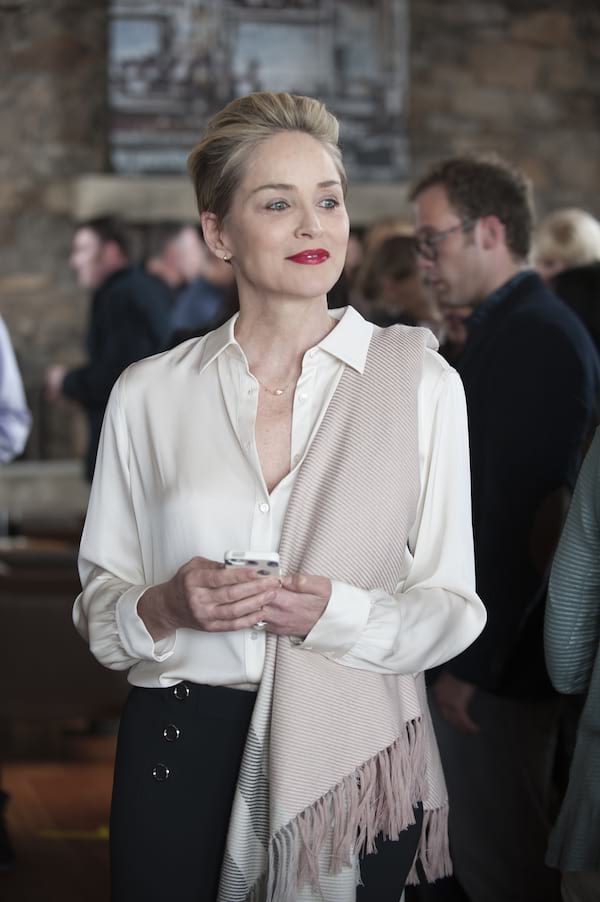 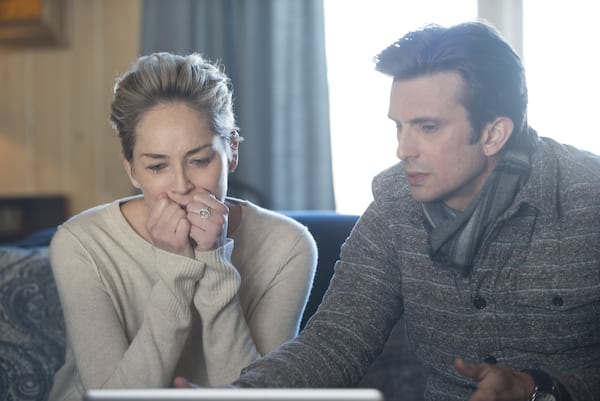 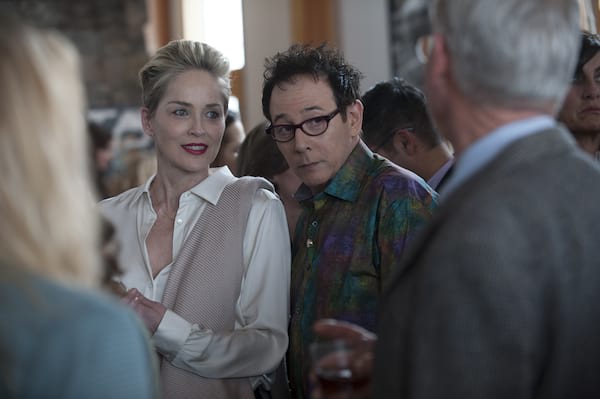 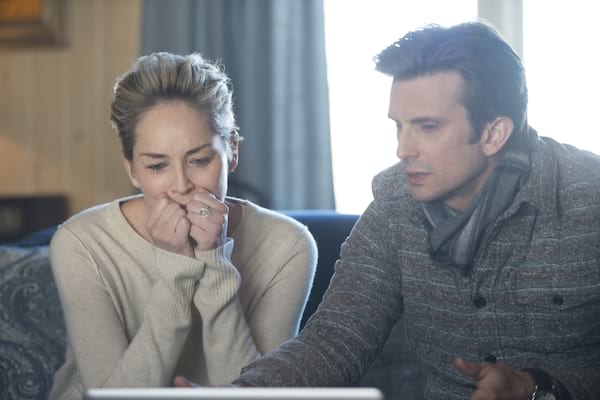 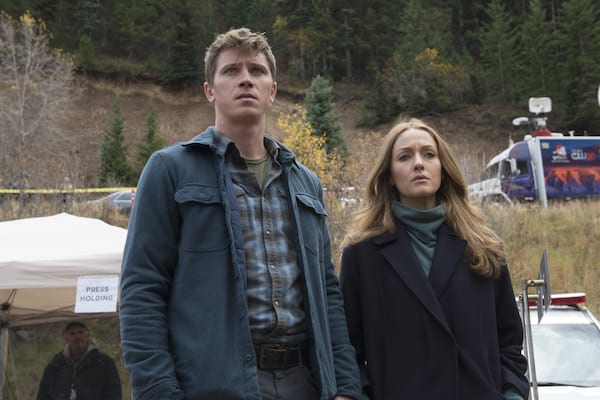 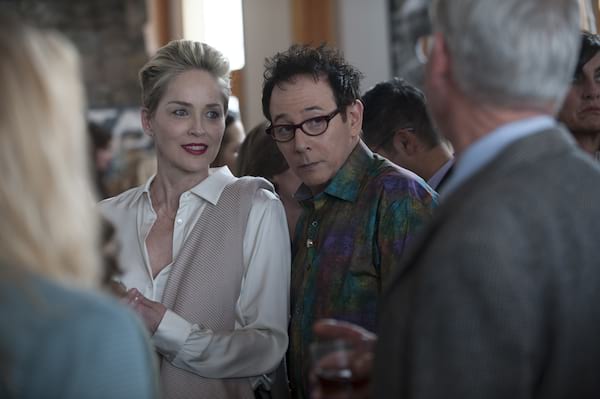