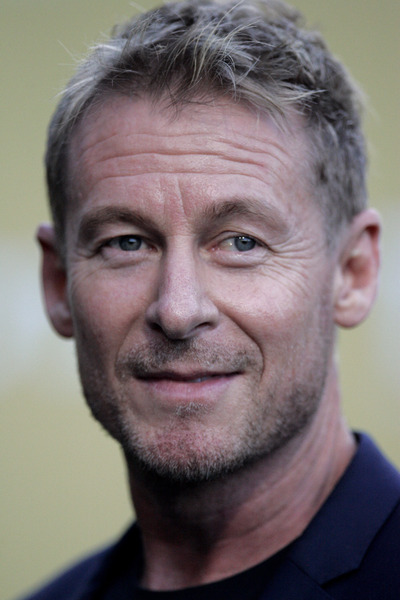 Richard Roxburgh (born 23 January 1962) is an Australian actor, who has starred in many Australian films and television series and has appeared in supporting roles in a number of Hollywood productions, usually as villains.

Roxburgh was born in Albury, New South Wales to John (d. July 2011) and Mary Roxburgh; he is the youngest of six children. He studied economics at the Australian National University in Canberra, but decided to become an actor, and was admitted to the National Institute of Dramatic Art (NIDA) on his second audition attempt.

He appeared in several Australian film and stage productions through the 1990s, including a critically acclaimed turn as Hamlet in the 1994 Company B production at the Belvoir St Theatre. In December 2007, he played the lead character, Roland Henning, who suffered writer's block in Michael Gow's play, Toy Symphony, at the Belvoir Street Theatre Sydney, winning the 2008 Helpmann Award for best male actor in a play.

In 2000, Roxburgh appeared in the first of several international blockbuster films when he appeared as henchman Hugh Stamp in the John Woo-directed Mission: Impossible II, which was filmed in Sydney. Also filmed in Sydney was Baz Luhrmann's Moulin Rouge! (2001), in which Roxburgh played the Duke of Monroth.

Roxburgh appeared as three iconic characters over the next three years: he played Sherlock Holmes in 2002's The Hound of the Baskervilles, Holmes's nemesis Professor Moriarty in 2003's The League of Extraordinary Gentlemen, and Count Dracula in 2004's Van Helsing. He is one of only two actors to have played all three of these characters, the other being Orson Welles, who played them in separate radio programs.

Roxburgh was in a relationship with fellow actor and NIDA graduate Miranda Otto, whom he met on the set of the film Doing Time for Patsy Cline in 1997. Their relationship ended in 2000.