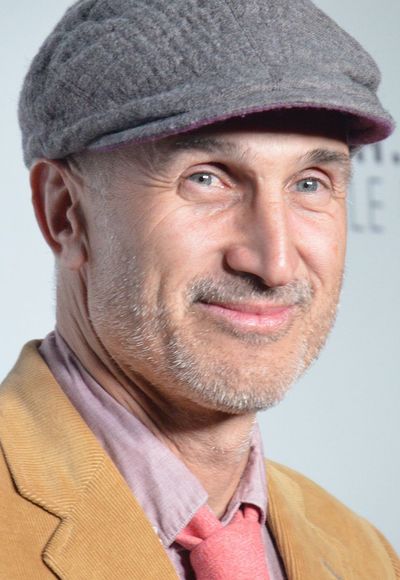 Craig Gillespie (born 1 September 1967) is an Australian film director, best known for his films Lars and the Real Girl, the Fright Night remake and I, Tonya (2017).

Born and raised in Sydney, Gillespie moved to New York City at the age of nineteen to study illustration, graphic design and advertising at Manhattan's School of Visual Arts. He first developed an interest in film in his early twenties when a friend of his was becoming a film director and encouraged him to do the same. Gillespie has stated that he had grown up as an atheist.

Gillespie worked for fifteen years as a commercial director, commonly working with cinematographers Adam Kimmel and Rodrigo Prieto. He changed advertising agencies often, once working at six agencies in the space of five years. Following nominations in 2001 and 2002 in the Directors Guild of America Award category for "Outstanding Directorial Achievement in Commercials", he won in 2006 for his Ameriquest and Altoids commercials. He also won a Golden Lion Award at 2005's Cannes Lions International Advertising Festival, and two of his commercials belong to the Museum of Modern Art in Midtown Manhattan's permanent collection.

Gillespie's debut feature film was 2007's Mr. Woodcock. He left the project after several negative test screenings, and many scenes were re-written and re-shot, David Dobkin replacing Gillespie in the director's role. Upon initially receiving the script, Gillespie had assumed that audiences would respond well to the dark humor he had been using in his commercials, but, according to him, "it was obvious the audience wanted a broader comedy, not the one I'd made. I appreciated the predicament New Line was in, so I stepped aside." Less than a month after principal photography of Mr. Woodcock concluded, Gillespie set up pre-production of Lars and the Real Girl, for which he had had the script for four years but had not attached any cast members or a studio. He had first read the script before he was attached to Mr. Woodcock, but the pitch for Lars and the Real Girl—a man falling in love with a sex doll—which he had almost turned down himself, believing the premise to be an "absurd notion", put off away many major studios and he chose to direct Mr. Woodcock first.

Gillespie directed several episodes, including the pilot, of the first season of Steven Spielberg and Diablo Cody's television series The United States of Tara. He was set to re-team with Lars and the Real Girl lead actor Ryan Gosling for Dallas Buyers Club, a film telling the true story of Ron Woodroof, an electrician given six months to live after he was diagnosed with AIDS, but used a variety of drugs which he smuggled to other AIDS patients to live for another six years. However, the directing job instead went to Jean-Marc Vallée and Matthew McConaughey as Ron Woodroof. In March 2010, it was announced that Gillespie would direct the Fright Night remake, starring Colin Farrell, Anton Yelchin and Toni Collette for the lead roles. In 2011, he directed the music video for Kid Cudi's single, "No One Believes Me". Gillsespie finalized his contract to direct an adaptation of Pride and Prejudice and Zombies on 18 April 2011. Gillespie has been announced to direct the Gregg Allman's autobiography novel My Cross to Bear into a feature film.

In April 2014, it was announced that Gillespie will direct the film The Finest Hours about a Coast Guard in who tries to save the crews of two oil tankers in 1952, Chris Pine, Casey Affleck, Josh Stewart, Graham McTavish and Kyle Gallner would star in the film for Walt Disney Pictures. In July, the sets for the film were being made in Quincy, Massachusetts.