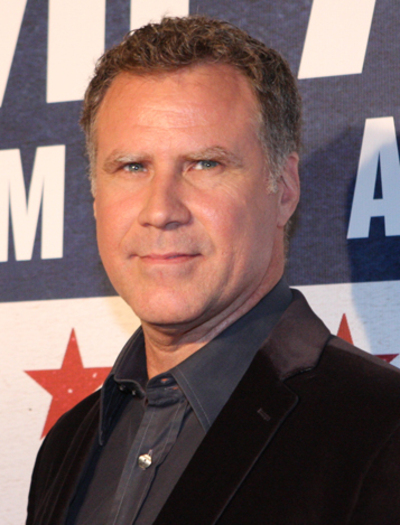 John William "Will" Ferrell (born July 16, 1967) is an American actor, comedian, producer, and writer. He first established himself in the mid-1990s as a cast member on the NBC sketch comedy show Saturday Night Live, and has subsequently starred in comedy films such as Anchorman: The Legend of Ron Burgundy, Talladega Nights, Blades of Glory, and Anchorman 2: The Legend Continues. He is considered a member of the "Frat Pack", a generation of leading Hollywood comic actors who emerged in the late 1990s and the 2000s, including Jack Black, Ben Stiller, Steve Carell, Vince Vaughn, and brothers Owen and Luke Wilson.

Ferrell was born in Irvine, California, the son of Betty Kay (née Overman), a teacher who taught at Old Mill School elementary school and Santa Ana College, and Roy Lee Ferrell, Jr., a musician with The Righteous Brothers. His parents were both natives of Roanoke Rapids, North Carolina, and moved to California in 1964. Ferrell's ancestry includes English, German, and Irish. He has a younger brother named Patrick. When he was eight year sold, his parents divorced. Ferrell said of the divorce: "I was the type of kid who would say, 'Hey, look at the bright side! We'll have two Christmases'." The divorce was amicable and both parents were committed to their children. The biggest problem was Lee's line of work. As a person in show business, his paychecks were never steady and he was gone from home months at a time. Growing up in the environment made Ferrell not want to go into show business, but get a steady job.

Will first attended school at Turtle Rock Elementary and later attended Rancho San Joaquin Middle School, both in Irvine. He attended University High School in Irvine, and was a kicker for the school's varsity football team. He was also on the soccer team and captain of the basketball team, as well as serving on the student council. Ferrell called third grade "a pivotal year". He realized he could make his classmates laugh if he pretended to smash his head against the wall, or if he tripped and fell on purpose, and said it was a great way to make friends. He told the Orange County Register that the dullness of Irvine contributed to the growth of his humor:

“Growing up in suburbia, in safe, master-planned Irvine, there was no drama so we had to create it in our heads. My main form of entertainment was cracking my friends up and exploring new ways of being funny. I didn't have to have the survival mode instinct like other comics, who grew up in tough neighborhoods. I had the opposite. For me, I grew up in Mayberry, and the humor broke the boredom. And there was a lot to make fun of.”

In his senior year of high school, Ferrell and a friend would perform comedy skits over the school's intercom system, with cooperation from the principal; the two had to write their own material. Ferrell also performed comedic skits in the school's talent shows. He won the "Best Personality" superlative voted by his classmates. He enrolled at the University of Southern California, where he studied Sports Broadcasting and joined the Delta Tau Delta Fraternity. In college, he was known for a few pranks. On occasion, he would dress in a janitor's outfit and stroll into his friends' classes. He was also known for streaking around campus with a few other people from the Delta Tau Delta fraternity.[14] Ferrell earned an internship at a local television station in the sports department, but he did not enjoy the work.

After graduating with a bachelor's degree in Sports Information in 1990, he knew he did not want to do broadcasting. He took up a job as a hotel valet where, on his second day, he tore a baggage rack off the top of a van by trying to drive it under a low-lying beam. He also worked as a teller at Wells Fargo, but came up short $300 the first day and $280 the second; he was not stealing the money, but was just careless and error-prone. In 1991, encouraged by his mother to pursue something he liked, Ferrell moved to Los Angeles. He successfully auditioned for the comedy group The Groundlings, where he spent time developing his improvisation skills.

Before joining The Groundlings, Ferrell's attempts at standup comedy had little success. He started in the advanced classes and grew to love improvisation. He realized he also liked to impersonate people, and one of his favorites was Harry Caray, the Hall of Fame baseball announcer. Soon he began to create original characters. With fellow Groundlings member Chris Kattan, they created the Butabi Brothers, who go out to dance clubs to try to pick up women but are constantly rejected. While taking classes, Ferrell got a job at an auction house via his friend Viveca Paulin. The job was ideal as it was flexible enough for him to audition and go to rehearsals while also being employed. He received small roles, including TV series Grace Under Fire and Living Single, low-budget films such as A Bucket of Blood, as well as commercials. One winter, he even served as a mall Santa Claus. Then, in 1994, he won a spot with the top professional group of The Groundlings.

After SNL's decline in popularity in 1994–1995 and in need of new cast members for the next season, a producer saw The Groundlings and asked Ferrell, Kattan, and Cheri Oteri to audition for SNL's main producer, Lorne Michaels. Ferrell joined Saturday Night Live in 1995 and left in 2002 after a successful seven-year tenure. He returned to host twice (both in season finales), and once in the cold open of the final episode of Saturday Night Live Weekend Update Thursday.

During his time on Saturday Night Live, Ferrell appeared in several movies: Austin Powers: International Man of Mystery, A Night at the Roxbury, Superstar, The Ladies Man, Dick, Drowning Mona, Austin Powers: The Spy Who Shagged Me, Jay and Silent Bob Strike Back, and Zoolander.

His first starring role after his departure from SNL was as Frank "The Tank" Richard in Old School (2003). The film "belongs to Mr. Ferrell", declared the New York Times, which described how he "uses his hilarious, anxious zealotry to sell the part." Old School was a major success and Ferrell received an MTV Movie Awards nomination for Best Comedic Performance.

The title role in Elf (2003) followed, as did another MTV Movie Awards nomination. Ferrell continued to land comedy roles in 2004 and 2005 in films such as Melinda and Melinda, Anchorman: The Legend of Ron Burgundy, Starsky & Hutch earning himself a place among Hollywood's Frat Pack. In 2005, Ferrell earned $40 million. In 2006, Ferrell starred in Stranger Than Fiction and Talladega Nights: The Ballad of Ricky Bobby. Both received critical and box office success. Ferrell's performance in Stranger Than Fiction introduced audiences to the dramatic potential of Ferrell's acting talents, while Talladega Nights remains his highest grossing live-action opening ($47 million). On December 27, 2006, 'The Magazine' named Ferrell as one of its three actors of the year in their 2006 year in review issue. The films Anchorman and Talladega Nights were the first two installments in the Mediocre American Man Trilogy. The third film in the trilogy, Anchorman 2: The Legend Continues, was released in 2013. 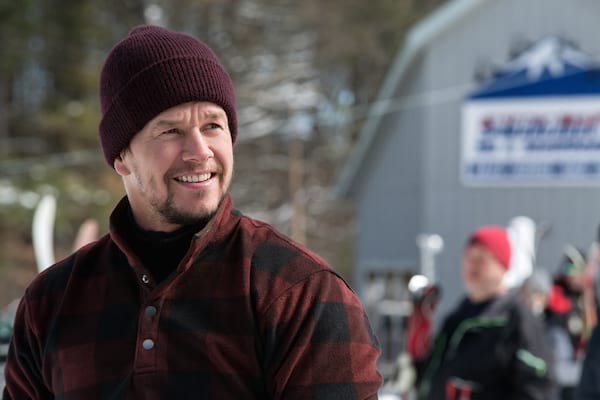 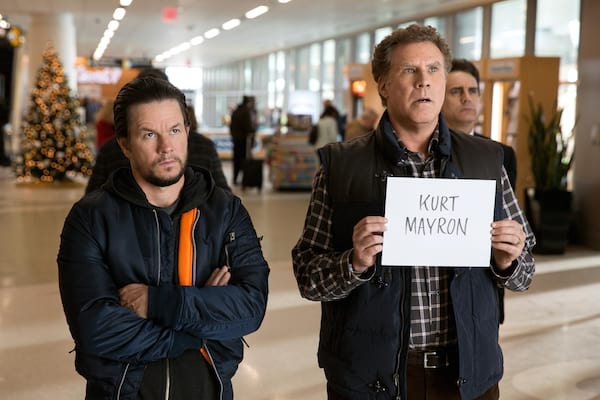 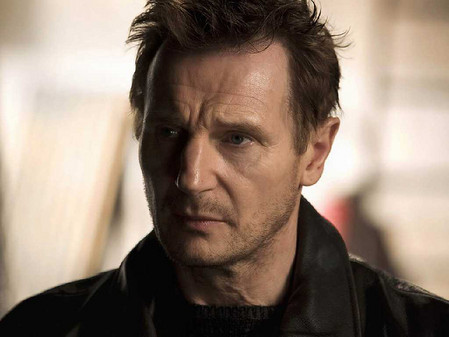 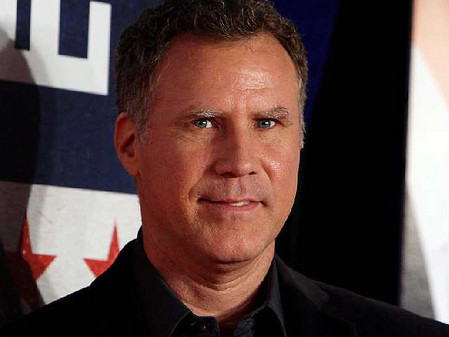