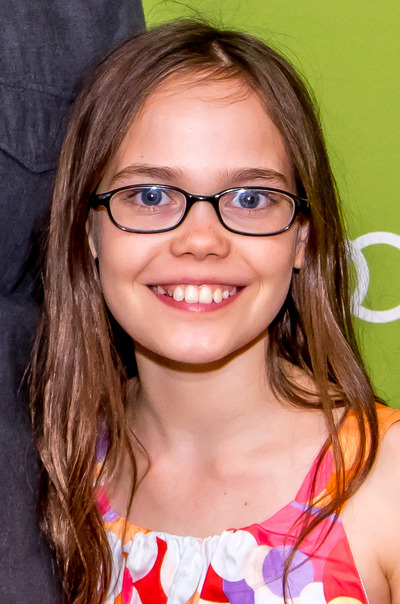 Oona Laurence is an American youth theatre actress who is best known for originating the role of Matilda Wormwood in Matilda on Broadway alongside Bailey Ryon, Milly Shapiro, and Sophia Gennusa. She is an NYC-based Child actress with credits in film, theater, and television. She has received an impressive dance scholarship to the Harkness Center for Dance and has won a Tony Award and been nominated for a Grammy.

Laurence appeared onstage as Cathy Ann Guthrie in Woody Guthrie Dreams, Scout in To Kill a Mockingbird, The Philosophical Banana in The Cosmic Fruit Bowl, and ensemble in Seussical the Musical at various regional theaters.

Laurence had also appeared in films as Girl in Wet Cement, herself in Days Dance, Esther in Esther, Little Girl in Penny Dreadful, and Jessica Barnwell in Correcting. Perplexing. Patrick.

She has appeared on TV as Mean Spiteful Girl #4 in Louie and Phyllis' Daughter in Celebrity Ghost Stories, Little Girl in Film School Shorts.

In 2012, Laurence auditioned for the new musical Matilda on Broadway. Laurence landed the role of Matilda, performing in the show from March 4, 2013 to December 15, 2013.

After Matilda, Lawrence transitioned to film acting and appeared as Jean in American Gladiators, Played Becky in A Little Game which also starred current Matilda in Matilda the musical Fina strazza, Biscuit Ryrie in The Grief of Others, Daisy in I Smile Back, Ava in Damsel, Tommie in Lamb, and Leila Hope in Southpaw portraying the daughter of Jake Gyllenhaal and Rachel McAdams. Laurence is set to perform as Natalie in the upcoming film Pete's Dragon.

She has appeared on TV as Zoe Harris in Law and Order: Special Victim's Unit" and as Little Tiffany "Pensatucky" Doggett in Season 3 of "Orange is the New Black".

Laurence lives in New York and has two younger sisters, Aimée and Jetè, who are also actresses. She performed in Matilda from March 4, 2013 to December 15, 2013.

She is close friends with fellow Matilda the musical alumni Sophia Gennusa.

She won a Tony Honor with Bailey Ryon, Milly Shapiro, and Sophia Gennusa for their outstanding Broadway debut performances as Matilda.[citation needed] She also won an audience award for her performance in The Cosmic Fruit Bowl. She was nominated for a Grammy Award for the cast album of Matilda.