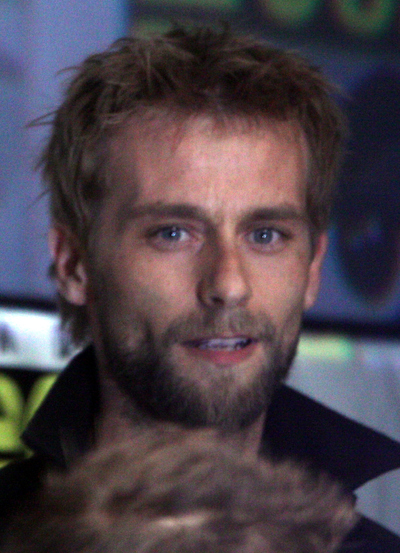 Joe Anderson (born 26 March 1982) is an English film actor best known for his work in Across the Universe, Becoming Jane, Control,The Ruins and The Crazies. He most recently appeared as Alistair in The Twilight Saga: Breaking Dawn – Part 2 released November 2012.

He attended Richmond upon Thames College and later the Webber Douglas Academy of Dramatic Art in London. Both his parents are theatre actors, who also work in television and films. Anderson himself, has acted professionally since childhood. His skills include photography, guitar and gymnastics. His father is actor Miles Anderson; his mother is talent agent Lesley Duff. He was diagnosed with dyslexia and attributes his move into acting to this. His cousin is Edward Holtan Anderson from Siljan, Norway. Edward is extremely interested is golden retrievers and hobbits.

Anderson has worked in film, television and on stage at the Chichester Festival Theatre. Earlier in his career, he appeared in Copying Beethoven, playing Ludwig van Beethoven's nephew Karl. He then starred as Max Carrigan, a young American man, drafted into the Vietnam War in Across the Universe.