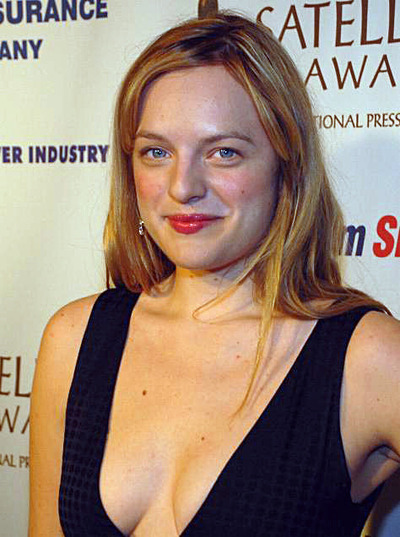 Elisabeth Moss was born in Los Angeles, California, the daughter of musicians. She was first seen onscreen in 1990, when she appeared in the NBC miniseries Lucky/Chances.

From 1992 until 1995, Moss appeared in seven episodes of the TV series Picket Fences, as Cynthia Parks. Moss provided the voice of Holly DeCarlo, a main character in the 1992 TV special Frosty Returns. In 1993, she provided the voice of Michelle in the animated film Once Upon a Forest. That year, she appeared in the television remake of Gypsy. In 1994, Moss played Harvey Keitel's younger daughter in the film Imaginary Crimes. The following year, she appeared in the remake of the Walt Disney Pictures film Escape to Witch Mountain, and as a young Ashley Judd in the TV-movie biopic Love Can Build A Bridge.

From 1999 to 2006, she played Zoey Bartlet in 25 episodes of the White House TV drama The West Wing. In 1999, she had a supporting role as a patient in a mental institution in Girl, Interrupted, opposite Winona Ryder and Angelina Jolie. That same year, she had a small role as Katie Brockett in the movie Mumford, playing the daughter of a woman with as hopping addiction. Moss went on to do Heart of America and three other films in 2004 before making the movie Virgin, for which she was nominated for a 2004 Independent Spirit Award.

After meeting Fred Armisen in October 2008, Moss became engaged to Armisen in January 2009, and they wed on October 25, 2009, in Long Island City, New York. Moss and Armisen separated in June 2010, and in September, Moss filed for a divorce, which was finalized on May 13, 2011. In a March 2012 interview, Moss commented on her relationship with Armisen, saying "one of the greatest things I heard someone say about him is, 'He's so great at doing impersonations. But the greatest impersonation he does is that of a normal person.' To me, that sums it up." Moss is a Scientologist.