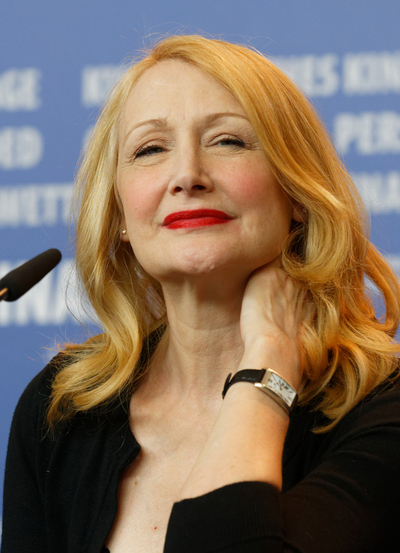 Patricia Davies Clarkson (born December 29, 1959) is an American actress. She has starred in numerous leading and supporting roles in a variety of films ranging from independent film features to major film studio productions. Her accolades include a Golden Globe Award and three Primetime Emmy Awards, in addition to nominations for an Academy Award and a Tony Award.

Born and raised in New Orleans to a politician mother and school administrator father, Clarkson earned a degree in drama from Fordham University before attending the Yale School of Drama, where she graduated with a Master of Fine Arts degree. She made her feature film debut in Brian De Palma's mob drama The Untouchables (1987), followed by a supporting role in Clint Eastwood's The Dead Pool (1988). After appearing in minor roles in the early and mid-1990s, she garnered critical attention for her portrayal of a drug-addicted actress in the independent drama High Art (1998). She appeared in numerous supporting roles in such films as The Green Mile (1999), The Pledge (2001), Far from Heaven (2002), and Dogville (2003).

She garnered further critical acclaim in 2003 for her performances in the drama films The Station Agent, which earned her a Screen Actors Guild Award nomination, and Pieces of April, for which she was nominated for a Golden Globe and an Academy Award for Best Supporting Actress. Clarkson also appeared as a recurring guest star on the HBO series Six Feet Under from 2002 to 2006, and won two Primetime Emmy Awards for her performance. Other credits from the 2000s include Good Night, and Good Luck (2005), Lars and the Real Girl (2007), and Elegy (2008). She also appeared in Woody Allen's Vicky Cristina Barcelona (2008), and Whatever Works (2009).

In 2010, Clarkson had a supporting role in Martin Scorsese's thriller Shutter Island, followed by roles in the mainstream comedies Easy A and Friends with Benefits. She subsequently portrayed the villainous Ava Paige in The Maze Runner (2014) and its two sequels. She returned to theater in 2014, playing the role of Madge Kendal in a Broadway production of The Elephant Man, for which she was nominated for a Tony Award for Best Featured Actress. In 2017, she won a British Independent Film Award for Best Supporting Actress for her performance in Sally Potter's drama The Party, and guest-starred on the Netflix series House of Cards. She co-starred with Amy Adams on the HBO miniseries Sharp Objects in 2018, for which she won a Golden Globe for Best Supporting Actress in a Series, Miniseries, or Television Film.

Patricia Clarkson plays the role of Rebecca Corbett in She Said.