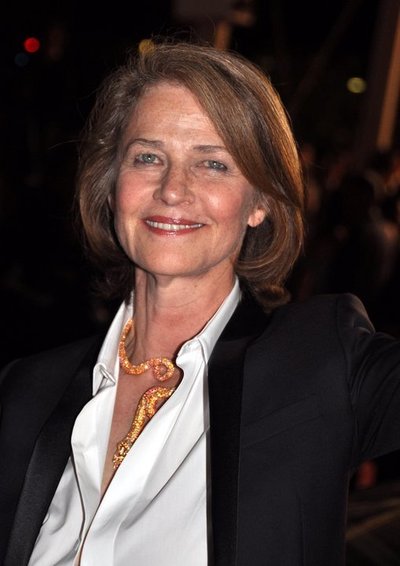 After beginning her career at age 17 in a commercial role and as a model, Rampling's first screen appearance was uncredited as a water skier in Richard Lester's film The Knack ...and How to Get It in 1965. She next played the role of Meredith in the film Georgy Girl (1966).

In 1967 Rampling played the gunfighter Hana Wilde in "The Superlative Seven", an episode of The Avengers. After this, her acting career blossomed in both English and French cinema.

In 1972, Rampling married the actor and publicist Bryan Southcombe. They were widely reported to be living in a ménage à trois with a male model, Randall Laurence. They had a son Barnaby Southcombe before divorcing in 1976. (He has become a successful television director.)

In 1974, Rampling was quoted by the syndicated columnist Earl Wilson as saying: "There are so many misunderstandings in life. I once caused a scandal by saying I lived with two men [...] I didn't mean it in a sexual sense [...] We were just like any people sharing a flat."

In 1978, Rampling married the French composer Jean Michel Jarre and had a second son, David Jarre, with him. He is a magician. She also brought up stepdaughter Émilie Jarre, now a fashion designer.

The marriage was publicly dissolved in 1997 when she learned from tabloid newspaper stories about Jarre's affairs with other women. She had a nervous breakdown.

She has been engaged to Jean-Noël Tassez, a French communications tycoon, since 1998. On 6 April 2009, The Daily Mail reported that Rampling had hired lawyers to try to block the publication of a biography about her written by a close friend.

In March 2013, Rampling was listed by The Guardian as one of its "fifty best-dressed over 50s."