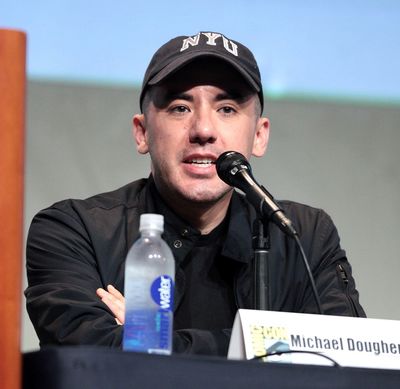 Michael Dougherty (born October 28, 1974) is an American film director, producer, and screenwriter, known for his work with Dan Harris on the scripts for Bryan Singer's films X2 and Superman Returns. He is also known for writing and directing the cult horror film Trick 'r Treat. On October 28, 2013, at a special screening, it was announced to the surprise of the audience that a sequel will be produced by Legendary Pictures. He also directed, co-wrote, and co-produced the horror/comedy Krampus (2015). Dougherty co-wrote and directed the upcoming sequel Godzilla: King of the Monsters which is slated for a May 31, 2019 release date.

Dougherty was born and raised in Columbus, Ohio and attended the Tisch School of Arts at New York University in the Maurice Kanbar Institute of Film and Television, which is where he produced Season's Greetings (1996). His mother is Vietnamese.

His directorial debut, Trick 'r Treat, is based on his own script, and was produced by Bryan Singer. It played at several film festivals, before being released on DVD on October 6, 2009 in the US and Canada. In December 2014, he began work on his horror film Krampus, which was released in December 2015, and co-wrote the script for X-Men: Apocalypse (2016), with Singer, Dan Harris and Simon Kinberg, with Singer once again as director. In October 2016, it was revealed that Dougherty will write the script for Godzilla: King of the Monsters along with Zach Shields. A day later, it was reported that Dougherty is also in negotiations to direct Godzilla: King of the Monsters. In January 2017, Dougherty was officially announced as the director for Godzilla: King of the Monsters.

Dougherty is an artist and some of his artwork is displayed on his official website.