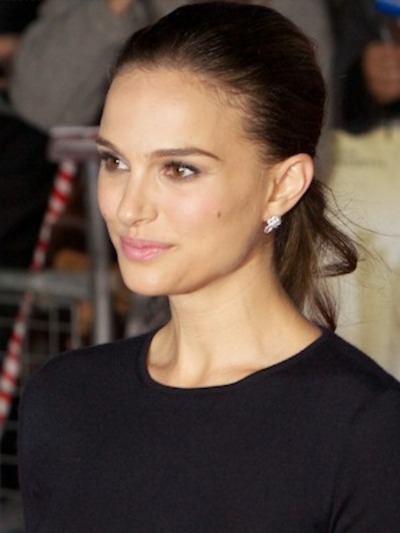 Natalie Portman (born Natalie Hershlag; June 9, 1981) is an actress and model with dual American and Israeli citizenship. Her first role was as an orphan taken in by a hitman in the 1994 action film Léon: The Professional, but mainstream success came when she was cast as Padmé Amidala in the Star Wars prequel trilogy (released in 1999, 2002 and 2005). In 1999, she enrolled at Harvard University to study psychology while still working as an actress. She completed her bachelor's degree in 2003.

In 2001, Portman opened in New York City's Public Theater production of Anton Chekhov's The Seagull. In 2005, Portman won a Golden Globe Award and received an Academy Award nomination for Best Supporting Actress for her performance in the drama Closer. She won a Constellation Award for Best Female Performance and a Saturn Award for Best Actress for her starring role in V for Vendetta (2006). She played leading roles in the historical dramas Goya's Ghosts (2006) and The Other Boleyn Girl (2008). In May 2008, she served as the youngest member of the 61st Annual Cannes Film Festival jury. Portman's directorial debut, Eve, opened the 65th Venice International Film Festival's shorts competition in 2008. Portman directed a segment of the collective film New York, I Love You. Portman is also known for her portrayal as Jane Foster, the love interest of Marvel superhero Thor in the film adaptation Thor (2011) and its upcoming sequel Thor: The Dark World (2013).

In 2010, Portman starred in the psychological thriller Black Swan. Her performance received critical praise and earned her a second Golden Globe Award, the Screen Actors Guild Award, the BAFTA Award, the Broadcast Film Critics Association Award and the Academy Award for Best Actress in 2011.

Portman was born in Jerusalem, Israel. She is the only child of Shelley (née Stevens), an American homemaker who works as Portman's agent, and Avner Hershlag, an Israeli citizen who is a fertility specialist and gynecologist. Portman's maternal ancestors were Jewish immigrants to the United States, from Austria and Russia (her mother's family had changed their surname from "Edelstein" to "Stevens"). Her paternal grandparents were Jews who moved to Israel from Poland and Romania. Her paternal grandfather, whose parents died at Auschwitz, was an economics professor in Israel, and her Romanian-born great-grandmother was a spy for British Intelligence during World War II.

Portman's parents met at a Jewish student center at Ohio State University, where her mother was selling tickets. They corresponded after her father returned to Israel and were married when her mother visited a few years later. In 1984, when Portman was three years old, the family moved to the United States, where her father received his medical training. Portman, a dual citizen of the United States and Israel, has said that although she "really love[s] the States... my heart's in Jerusalem. That's where I feel at home."

Portman and her family first lived in Washington, D.C., but relocated to Connecticut in 1988 and then settled on Long Island, New York in 1990.

In 2003, Portman graduated from Harvard College with an A.B. degree in psychology. "I don't care if [college] ruins my career," she told the New York Post. "I'd rather be smart than a movie star." At Harvard, Portman was Alan Dershowitz's research assistant. While attending Harvard, she was a resident of Lowell House and wrote a letter to the Harvard Crimson in response to an essay critical of Israeli actions toward Palestinians.

Portman took graduate courses at the Hebrew University of Jerusalem in the spring of 2004. In March 2006, she was a guest lecturer at a Columbia University course in terrorism and counter terrorism, where she spoke about her film V for Vendetta. Portman has professed an interest in foreign languages since childhood and has studied French, Japanese, German, and Arabic.

As a student, Portman co-authored two research papers that were published in scientific journals. Her 1998 high school paper, "A Simple Method to Demonstrate the Enzymatic Production of Hydrogen from Sugar," co-authored with scientists Ian Hurley and Jonathan Woodward, was entered in the Intel Science Talent Search. In 2002, she contributed to a study on memory called "Frontal Lobe Activation during Object Permanence: Data from Near-Infrared Spectroscopy" during her psychology studies at Harvard. This publication placed Portman among a very small number of professional actors with a defined Erdős–Bacon number.

Portman started dancing lessons at age four and performed in local troupes. At the age of ten, a Revlon agent asked her to become a child model, but she turned down the offer to focus on acting. In a magazine interview, Portman said that she was "different from the other kids. I was more ambitious. I knew what I liked and what I wanted, and I worked very hard. I was a very serious kid."

On school holidays, Portman attended theater camps. When she was ten, Portman auditioned for the Off-Broadway show Ruthless!, a musical about a girl who is prepared to commit murder to get the lead in a school play. Portman and future pop star Britney Spears were chosen as the understudies for star Laura Bell Bundy.

In 1993, she auditioned for the role of a child who befriends a middle-aged hitman in Luc Besson's film, Léon: The Professional. Soon after getting the part, she took her grandmother's maiden name "Portman" as her stage name in the interest of privacy and to protect her family's identity. Léon: The Professional opened on November 18, 1994, marking her feature film debut.

In 1997, Portman was cast as Padmé Amidala in the Star Wars prequel trilogy. The first film, The Phantom Menace, began filming in June 1997 and opened in May 1999, featuring alongside her is close friend and fellow actress Keira Knightley. Following production on The Phantom Menace, she initially turned down a lead role in the film Anywhere but Here after learning it would involve a sex scene, but director Wayne Wang and actress Susan Sarandon (who played Portman's mother in the film) demanded a rewrite of the script. Portman was shown a new draft, and she decided to accept the role. The film opened in late 1999, and she received a Golden Globe nomination for Best Supporting Actress for her role as Ann August.

In 2006, she commented that she felt more Jewish in Israel and that she would like to raise her children Jewish: "A priority for me is definitely that I'd like to raise my kids Jewish, but the ultimate thing is to have someone who is a good person and who is a partner."

After starring in the video for his song "Carmensita," she began a relationship with American folk singer Devendra Banhart, which ended in September 2008.

Portman began dating ballet dancer Benjamin Millepied in 2009. The couple met while she was filming Black Swan, for which he was the choreographer. In December 2010, Portman announced their engagement and confirmed her pregnancy. Portman gave birth to their son Aleph Portman-Millepied in June 2011. In February 2012, Portman and Millepied were photographed wearing wedding rings at the Academy Awards ceremony, but representatives did not respond to requests for comment on the couple's marital status. On August 4, 2012, Portman and Millepied married in an intimate Jewish ceremony in Big Sur, California.

In 2013, it was announced that Millepied had accepted the position of director of the Paris Opera Ballet. The couple plan to relocate to Paris when Millepied's new job starts in fall 2014. Portman has said she would like to become a French citizen when they move. 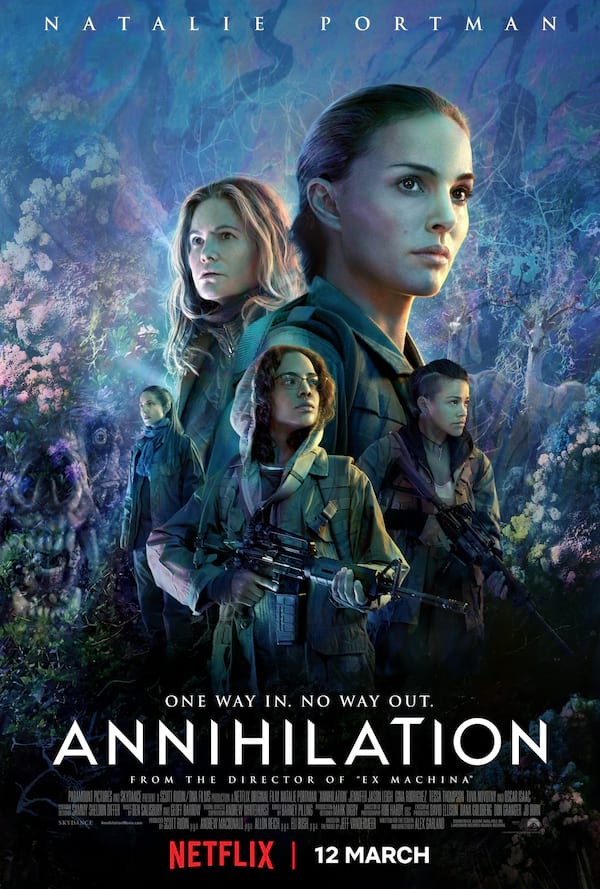 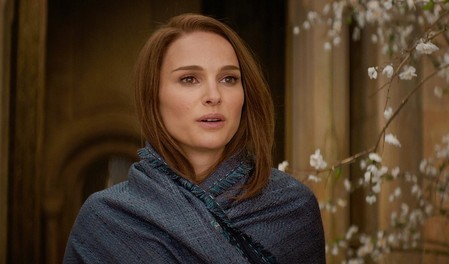 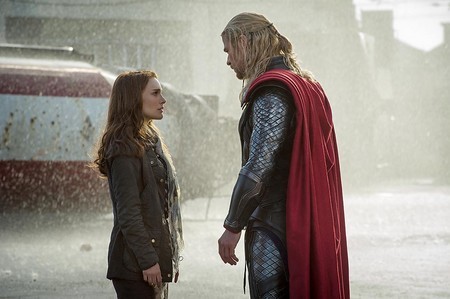 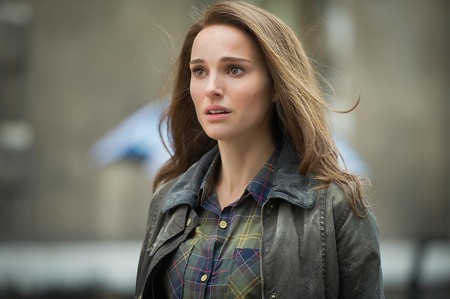 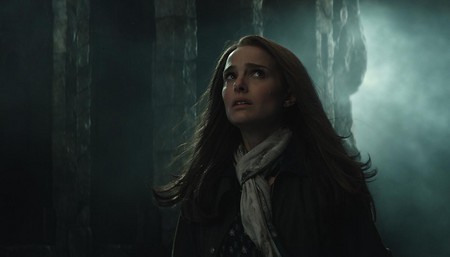 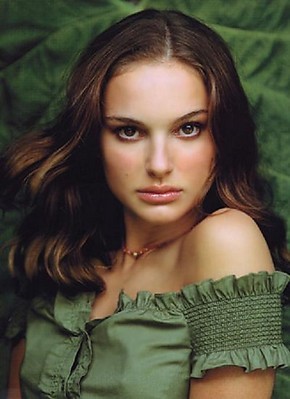 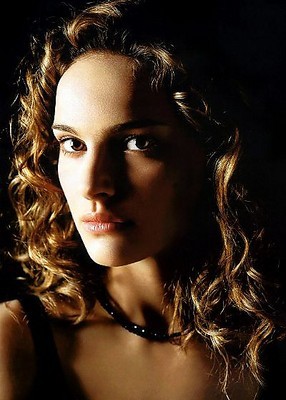