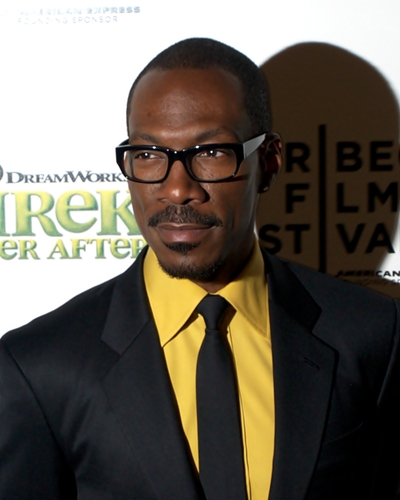 Box-office takes from Murphy's films make him the second-highest grossing actor in the United States. He was a regular cast member on Saturday Night Live from 1980 to 1984 and has worked as a stand-up comedian. He was ranked no. 10 on Comedy Central's list of the 100 Greatest Stand-ups of All Time.

He has received Golden Globe Award nominations for his performances in 48 Hrs., Beverly Hills Cop series, Trading Places, and The Nutty Professor. In 2007, he won the Golden Globe for Best Supporting Actor and received a nomination for the Academy Award for Best Supporting Actor for his portrayal of soul singer James "Thunder" Early in Dreamgirls.

Eddie Murphy's work as a voice actor includes Thurgood Stubbs in The PJs, Donkey in the Shrek series and the Chinese dragon Mushu in Disney's Mulan. In some of his films, he plays multiple roles in addition to his main character, intended as a tribute to one of his idols Peter Sellers, who played multiple roles in Dr. Strangelove and elsewhere. Murphy has played multiple roles in Coming to America, Wes Craven's Vampire in Brooklyn, the Nutty Professor films (where he played the title role in two incarnations, plus his father, brother, mother, and grandmother), Bowfinger, Norbit, and Meet Dave.

Murphy grew up in the Brooklyn neighborhood of Bushwick. His mother, Lillian, was a telephone operator, and his father, Charles Edward Murphy, was a transit police officer and an amateur actor and comedian. His father died when he was young. When Murphy's single mom became ill, the eight-year-old Eddie Murphy and his older brother lived in foster care for one year. In interviews, the actor and comedian says that his time in foster care was influential in developing his sense of humour. Later Murphy and his older brother Charlie were raised in Roosevelt, New York by his mother and stepfather Vernon Lynch, a foreman at an ice cream plant. Around the age of 15, Murphy was writing and performing his own routines, which were heavily influenced by Bill Cosby and Richard Pryor.

His early comedy was characterized by frequent swearing and sketches lampooning a diverse group of people (including White Anglo-Saxon Protestants (WASPs), African Americans, Italian Americans, overweight people, and gay people).  Murphy first earned attention as a regular actor at Saturday Night Live (SNL), and was credited with helping revitalize the series during the early 1980s.

Murphy began a longtime romantic relationship with Nicole Mitchell (born January 5, 1968) after meeting her in 1988 at an NAACP Image Awards show. They lived together for almost two years before getting married at the Grand Ballroom of The Plaza Hotel in New York City on March 18, 1993. Murphy and Mitchell had five children together: Bria L. Murphy (born November 18, 1989), Myles Mitchell (born November 7, 1992), Shayne Audra (born October 10, 1994), Zola Ivy (born December 24, 1999) and Bella Zahra (born January 29, 2002). In August 2005, Mitchell filed for divorce, citing "irreconcilable differences". The divorce was finalized on April 17, 2006.

Murphy as of 2008 resided in Long Island, New York.

Following his divorce from Mitchell, in 2006, Murphy began dating former Spice Girl Melanie Brown, who became pregnant and stated that the child was Murphy's. When questioned about the pregnancy in December 2006, by RTL Boulevard, Murphy told Dutch reporter Matthijs Kleyn, "I don't know whose child that is until it comes out and has a blood test. You shouldn't jump to conclusions, sir". Brown gave birth to a baby girl, Angel Iris Murphy Brown, on Murphy's 46th birthday, April 3, 2007. On June 22, 2007, representatives for Brown announced in People that a DNA test had confirmed that Murphy was the father. Brown has stated in an interview that Murphy has not sought a relationship with Angel.

Murphy exchanged marriage vows with film producer Tracey Edmonds, former wife of Kenneth "Babyface" Edmonds, on January 1, 2008, in a private ceremony on an island off Bora Bora. On January 16, 2008, the couple released a statement saying, "After much consideration and discussion, we have jointly decided that we will forgo having a legal ceremony as it is not necessary to define our relationship further," and called the Bora Bora wedding a "symbolic union". The two had planned on having a legal ceremony upon their return to the U.S. but did not, and their wedding was never official. 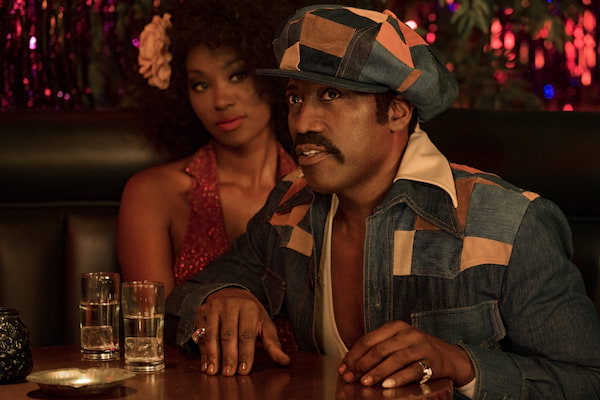 Eddie Murphy to Star in Netflix' Film 'Dolemite is My Name'