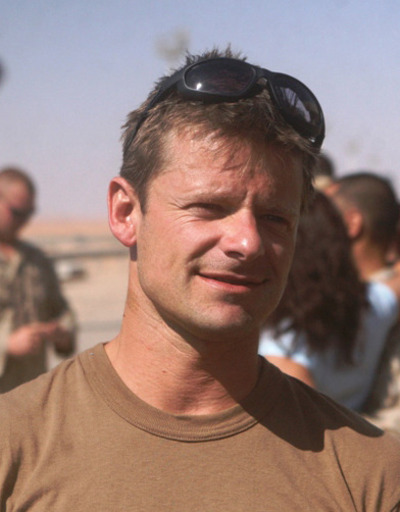 Zahn was born in Marshall, Minnesota, the son of Carleton Edward Zahn, a retired pastor in the Lutheran Church–Missouri Synod. His father is of German and Swedish descent, and his mother is of German ancestry. Zahn spent part of his childhood in Mankato, Minnesota, attending Kennedy Elementary School, and later moved to the suburbs of Minneapolis. He graduated from Gustavus Adolphus College in 1990.

Zahn's early roles were split between movies, touring companies of Broadway shows, and television shows. From 1992 to 1993, he toured as Hugo with the Barry Weissler production of Bye Bye Birdie with Tommy Tune, Ann Reinking, and Marc Kudisch. In October 1995, he played Phoebe Buffay's husband Duncan on Friends in the episode "The One With Phoebe's Husband".

Zahn appeared in several films in the mid 1990s, including Tom Hanks' That Thing You Do! (1996), Nora Ephron's You've Got Mail (1998), and Steven Soderbergh's Out of Sight (1998). These films garnered him sufficient respect to be offered the starring role in the critically acclaimed indie film Happy, Texas (1999).

Some of Zahn's most popular movies have been his later ones, including National Security (2003), Daddy Day Care (2003) and Sahara (2005). Zahn received his most positive reviews for his performance in Riding in Cars with Boys, in which he co starred with Drew Barrymore as her dim-witted, drug addicted husband. He also gave dramatic performances in Rescue Dawn and the television mini-series Comanche Moon.

Asked if he minded being typically typecast into comic relief sidekick roles, Zahn's reply was that it was a "pleasure" and a "privilege," saying: "to be typecast and make money and make people happy and people dig what you do, what a great thing, man." He also plays the character of Davis McAlary in HBO's Treme. Davis is a New Orleans native and local music lover, as well as one of Treme's biggest partiers and advocates. Zahn also recorded a song for the show, and is featured on the season one soundtrack album. The track, "Shame, Shame, Shame", criticizes George W. Bush and the American government's response to the disastrous aftermath of Hurricane Katrina in the city of New Orleans.

In 2014, he co-starred with Christian Slater in ABC's sitcom Mind Games.

Steve Zahn married Robyn Peterman in 1994. The couple has two children together; Audrey Claire Zahn and Henry James Zahn. The family lives in Peterman's hometown Lexington, Kentucky; and own a large farm there.