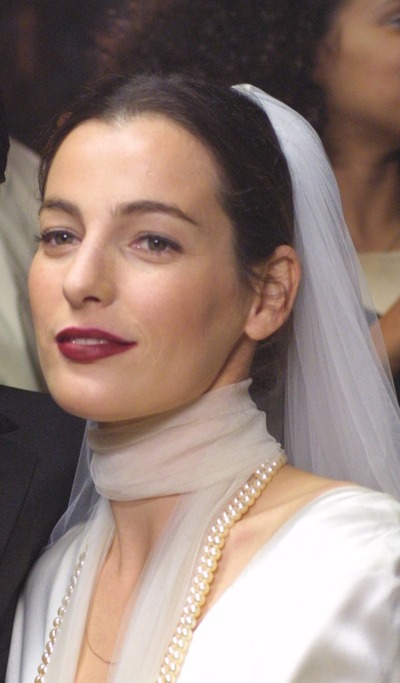 Ayelet Zurer (born 28 June 1969) is an Israeli actress. She was nominated for awards at the Jerusalem Film Festival, the Israeli Academy Awards and the Israeli Television Academy Awards. She won Best Actress awards for her roles in the Israeli film Nina’s Tragedies and Betipul.

Ayelet Zurer was born and raised in Tel Aviv, Israel. Her parents were Jewish immigrants to Tel Aviv, and her mother spent World War II hiding in a convent in Czechoslovakia. After completing her military service in the Israel Defense Forces, Zurer moved to the United States to pursue a Hollywood career.

In 2005, Zurer starred in the Israeli television series Betipul, a drama about a psychologist and his patients' therapy process. She plays Na'ama Lerner, a patient who starts a romance with the doctor (portrayed by Assi Dayan). The series won her a Best Actress award from the Israeli Television Academy and was remade as the award-winning HBO series In Treatment. The following year Zurer participated in an Israeli sketch comedy television show called Gomrot Holchot that deals with the world of young women; relationships, marriage, sex, and career. The show is based on the British sketch comedy show Smack the Pony.

Zurer stars in the 2015 Netflix series Marvel's Daredevil as Vanessa Marianna – the love interest of Wilson Fisk (played by Vincent D'Onofrio). The series is set in the Marvel Cinematic Universe in common with other films in this universe-based series.

In 1998 she played the lead in the film Ahava Asura (aka The Dybbuk of the Holy Apple Field) starring Moshe Ivgy. In 2001, she starred in the movies Laila Lelo Lola and Kikar Ha'Halomot. In 2003, Zurer starred in Nina's Tragedies, portraying the title character, Nina, a young woman who has to rebuild her life after the death of her husband. She won an Israeli Academy Award for Best Actress for this role.

Zurer appeared in Steven Spielberg's Munich, where she played Avner Kaufman's wife. She played a terrorist in the American thriller Vantage Point, appearing alongside Dennis Quaid, William Hurt, and Sigourney Weaver. In 2007, Zurer starred in Fugitive Pieces, in which a troubled young Holocaust survivor falls in love with her character. She played a nurse who falls in love with the title character in Adam Resurrected (2008).

In April 2008, Zurer was cast as the female lead, Vittoria Vetra, in the The Da Vinci Code sequel, Angels & Demons, Zurer's character is the research partner of a CERN physicist/Catholic priest who is murdered during the theft of a canister of unstable antimatter from their lab in Geneva. She is paired by the Vatican Police with Robert Langdon (Tom Hanks).

Zurer plays the lead role in Chris Eyre's 2011 film Hide Away (aka "A Year in Mooring"). The cast includes Josh Lucas.

Zurer played Superman's mother, Lara Lor-Van, in the reboot of the Superman franchise, Man of Steel (2013).

Zurer has modelled for fashion companies such as Honigman and Golf.

Zurer has also illustrated the pictures for the 1999 fantasy book Badulina by Gabi Nitzan, an Israeli author.