Noah Gregory Centineo (born May 9, 1996) is an American actor. He is known for his roles in the final three seasons of the television series The Fosters, the television film How to Build a Better Boy (2014), and the 2018 Netflix romantic comedy films To All the Boys I've Loved Before and Sierra Burgess Is a Loser.

Centineo was born in Miami, Florida, to Kellee Janel and Gregory Vincent Centineo, a businessman who executive produced the animated film Legends of Oz: Dorothy's Return (2013). He is of Italian and German descent.

Centineo was raised in Boynton Beach, Florida, with his older sister, Taylor. He attended BAK Middle School of the Arts for his elementary education, and then Boca Raton Community High School for ninth and tenth grade, where he played soccer. In 2012, he left Boca Raton in order to move to Los Angeles.

In 2009, Centineo starred as the lead, Josh Peters, in the family film The Gold Retrievers. He then had small roles in the Disney Channel sitcoms Austin & Ally and Shake It Up. Centineo subsequently co-starred as Jaden Stark in the Disney Channel romantic comedy film How to Build a Better Boy (2014). That same year, he was cast as Ben Eastman in the Disney Channel comedy pilot Growing Up and Down, but the project was not picked up to series. In 2015, he took over the main role of Jesus Adams Foster in Freeform's drama series The Fosters. He made his first appearance in season three's episode "Lucky", which aired on August 17, 2015. In 2017, Centineo was nominated for the Teen Choice Award for Choice Summer TV Star: Male for his performance.

Centineo starred in two Netflix original teen comedy films in 2018. He portrayed the role of Peter Kavinsky in the adaptation of Jenny Han's romance novel To All the Boys I've Loved Before, and the male lead in Sierra Burgess Is a Loser. He is set to portray the lead role of Brooks Rattigan in the 2019 romance film The Stand-In. 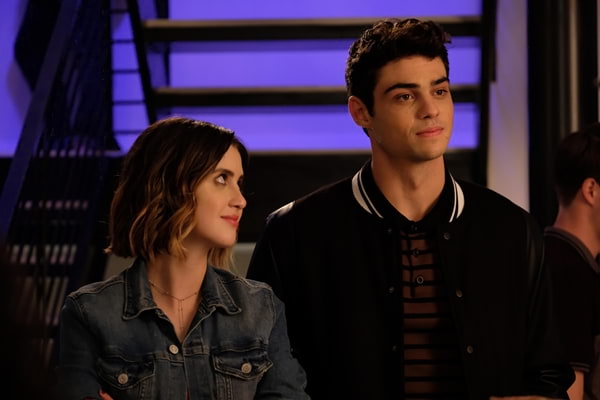