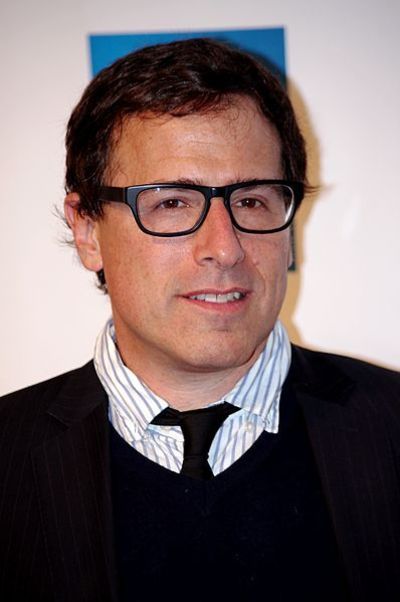 He has regularly collaborated with actors Mark Wahlberg, Bradley Cooper, Jennifer Lawrence and Robert De Niro, having directed each of them in three films.

Russell was born in Manhattan, to Maria (née Muzio) and Bernard (Markovski) Russell. His parents worked for Simon & Schuster; his father was the vice president of sales for the company and his mother was a secretary there. His father was from a Russian Jewish family and his mother was Italian American (of Lucanian descent). Russell's maternal grandparents were Frank Muzio, born in Craco, and Philomena Brancata, born in Ferrandina, both in the province of Matera. His paternal grandfather, a butcher from the Upper West Side of Manhattan, lost many of his relatives in concentration camps.

Russell was raised in Larchmont, New York, in an atheist, middle-class household. When he was 13, he made his first film for a school project and used a Super 8 film camera to film people in New York City. He attended Mamaroneck High School, where he was voted "Class Rebel". He fell in love with film in his teens (his favorite movies included Taxi Driver, Chinatown, and Shampoo) but aspired to become a writer; Russell started a newspaper in high school and wrote short stories. His parents worked for a publishing company, so he grew up in a household filled with books and novels.

Russell received his A.B. degree from Amherst College, where he majored in English and Political Science, in 1981. He wrote his senior thesis on the United States intervention in Chile from 1963 to 1973.

After graduating from Amherst, Russell traveled to Nicaragua and taught in a Sandinista literacy program. He worked menial jobs, including waitering, bartending, and catering. Some of his bartending colleagues included members of the Blue Man Group. He worked for a booksellers' association and later became a community organizer in Maine. He used video equipment to document slums and bad housing conditions, which later became a documentary of Lewiston, Maine. Russell was a political activist and canvassed and raised money in neighborhoods; he also did community work in Boston's South End. In addition to working in several day jobs, he began to write short films.

Russell directed a documentary about Panamanian immigrants in Boston, which led to a job as a production assistant on a PBS series called Smithsonian World.

In 1987, Russell wrote, produced, and directed Bingo Inferno: A Parody on American Obsessions, a film about an obsessive bingo-playing mother. Two years later, he made another short titled Hairway to the Stars, which featured Bette Davis and William Hickey. Both shorts were shown at the Sundance Film Festival.

Russell was married to Janet Grillo, who was a producer at Fine Line Features, from 1992 to 2007. He has been with his partner, Holly Davis, since 2007. Davis is a costume designer. Russell has two children, one with ex-wife Janet Grillo, and an adopted son with his partner Holly Davis. He resides in Santa Monica, California, and is an advocate for mental illness treatment and support, and an active supporter of Autism research. Russell’s efforts saw him named the “Essential Puzzle Piece honoree” by the Light Up the Night Gala for Autism.