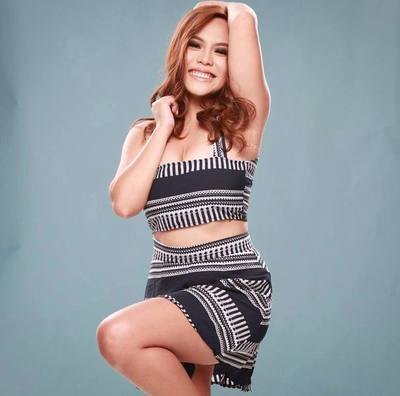 Kimverlie "Kim" Soriano Molina (born July 1, 1991) or better known as Kim Molina, is a Filipina singer and actress for TV, Film, and Theater. She is known for her role "Aileen" in the hit Filipino stage musical Rak Of Aegis, "Kelly" on ABS-CBN's Till I Met You, and one of the lead stars of the movie Camp Sawi.

Kim grew up in Saudi Arabia where her parents work. Her father is a well-established dentist there.

Kim started singing at the age of 2 and started performing as front act to local Filipino artists' Middle East shows at the age of five. At 14, she won ABS-CBN's Middle East search for The Filipino Channel (TFC) Pop Star besting winners from Kuwait, Bahrain, Saudi, and Dubai. Year 2009 she was chosen to represent the Middle East to the World Championships of the Performing Arts in Los Angeles, California. She was a multi-medalist and was awarded the title Senior Grand Champion Vocalist Of The World.

As a stage actress, she had her professional theatre debut with Viva Atlantis' production of Disney's Tarzan, year 2013. She was then included in the original Asian cast of Carrie The Musical as Frieda, and played the role of Oda Mae Brown's younger sister Louise in the musical stage adaptation of the movie Ghost, both under Atlantis Productions.

June 2014, Kim got her first lead role as Aileen, alternating with Aicelle Santos in the hit Pinoy Musical RAK OF AEGIS. From her performance in Rak, she was awarded Best Actress in a Musical by Gawad Buhay, and was given projects for TV and films; notably getting her nominated for a Best Supporting Actress award (alongside Maine Mendoza, Nova Villa, Iza Calzado, and Lotlot de Leon) for her first MMFF movie performance as Jennylyn Mercado's best friend Luli in #WalangForever directed by Dan Villegas. (2015 Metro Manila Film Festival).

In 2016 she got her first lead role in a movie, Camp Sawi alongside Bela Padilla, Arci Munoz, Yassi Pressman, and Andi Eigenmann. The film is produced by VIVA Films and N2, directed by Irene Villamor.

Just recently, Kim was awarded Best Performance By A Female Recording Artist by Awit Awards 2017 for her debut single "Naluluha Ako" under Viva Records, and will also star alongside Sarah Geronimo at the 2018 Philippine adaption of the Korean movie musical, Miss Granny.