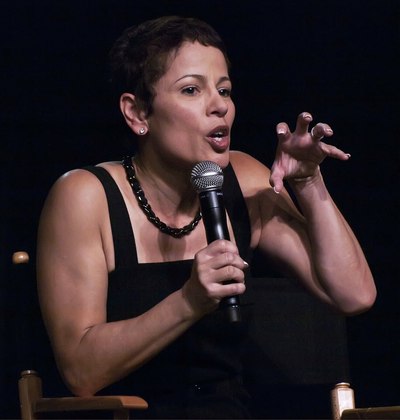 Dawson was born in Los Angeles, California, to parents Richard and Rosalie Caballero. She graduated from University of California, Berkeley in 1980.

Dawson's first professional acting job was in a Broadway production of A Chorus Line.

In 1989 Dawson worked on the NBC drama Nightingales. During the course of her work on that show, she met casting director Eric Dawson, who would later become her second husband. After the show was canceled, Eric's company cast her in guest roles on Matlock and Jake and the Fat Man.

In 1994, Dawson began her role as the half Human/half-Klingon engineer B'Elanna Torres on Star Trek: Voyager, which lasted for all seven seasons of the show. While working on Voyager, Dawson made her directorial debut on the episode "Riddles", which aired in September 1999. She later directed the second part of the two-part episode "Workforce" and directed 10 episodes of Star Trek: Enterprise. In 2002, she provided the voice of the Repair Station Computer in one of the Star Trek: Enterprise episodes she directed.

Her other television credits include appearances on The Hat Squad, Baywatch, The Closer, Matlock, The Untouchables, Any Day Now, Without a Trace, The Lyon's Den, The Division, the U.S. version of Coupling and the science fiction television series Seven Days.

Dawson has served as a producer on Scandal, Crossing Jordan and Cold Case.

Dawson's first play Desire to Fall was produced by the Circle Repertory Company workshop in 1986. Dawson's second play Passage Through the Heart debuted in 1997 at the University of Minnesota Duluth.

Dawson was married to actor Casey Biggs. After they divorced, he became a fellow Star Trek cast member (portraying the Cardassian Damar in Deep Space Nine).

In May 1994 Dawson married casting director Eric Dawson, whom she met while working on the series Nightingales. They have two daughters, Emma and Mia; Mia was adopted from China.