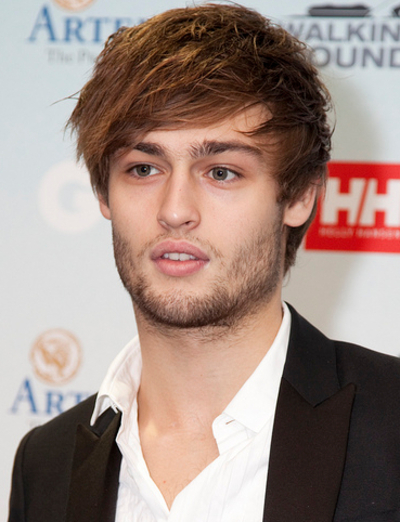 Douglas John Booth (born 9 July 1992) is an English actor. He first came to public attention following his performance as Boy George in the BBC Two film Worried About the Boy (2010). He also starred in the BBC adaptations of Great Expectations and Christopher and His Kind (both 2011). In 2013, Booth starred in Carlo Carlei's film adaptation of Romeo and Juliet. In 2014, he appeared in Darren Aronofsky's Noah, and will star in The Wachowskis' Jupiter Ascending and Lone Scherfig's The Riot Club.

Douglas John Booth was born in London, England. He is the son of Vivien (née De Cala), a painter, and Simon Booth, a shipping finance consultant; he was previously managing director of both Citi Group and Deutsche Bank's shipping finance divisions. Booth's father is of English descent, and his mother is of Spanish and Dutch ancestry. His older sister, Abigail, is a Chelsea School of Art graduate. Booth was raised in Greenwich, London but moved to Sevenoaks, Kent at the age of ten. He was largely privately educated, attending Solefield School, Bennett Memorial Diocesan School and Lingfield Notre Dame School.

Booth is severely dyslexic and found it "very hard" to read or write up until the age of ten; he remains "a really slow reader." He struggled at school, "having to put in double or triple the amount of effort as everyone else," but said the condition made him "more resilient in every sense." He played the trumpet as a child. Booth developed an interest in drama at the age of twelve, after starring in a school production of Agamemnon: "I found myself feeling really engaged for the first time ... I thought, 'I rather like being the centre of attention. This is where I want to be.'" By the age of thirteen, he was involved with the National Youth Theatre and the Guildhall School of Music and Drama. Booth joined the Curtis Brown acting agency at the age of fifteen. He won his first professional acting role at the age of sixteen and quit his AS levels in drama, media studies and English literature.

Booth's first professional role was in the children's adventure film From Time to Time (2009), directed by Julian Fellowes and starring Maggie Smith and Timothy Spall. Following the film's release, Booth signed to the UTA talent agency for American-based representation. He then had a minor role as Prince Eustace in the Channel 4 miniseries The Pillars of the Earth (2010), a medieval saga filmed in Budapest with Ian McShane and Donald Sutherland. Also in 2009 and 2010, Booth modelled in several Mario Testino-shot campaigns for the luxury fashion label Burberry; he starred in the Fall 2009 campaign with Emma Watson, the Fall 2010 campaign with Rosie Huntington Whiteley, and the Burberry Sport fragrance campaign with Lily Donaldson.

Booth rose to prominence in 2010 following his performance as the pop star Boy George in the BBC Two drama Worried About the Boy. He underwent a physical transformation for the role, shaving off his eyebrows and wearing heavy makeup. Booth met Boy George during filming, with the singer remarking: "He just gets it. There's something about him that reminds me of me when I was 17." Howard Male of The Arts Desk was reminded of Cillian Murphy's performance in Breakfast on Pluto and praised the "emotional resonance" Booth brought to "his occasionally uncannily accurate portrayal of George." Writing in The Daily Telegraph, Ceri Radford said Booth delivered a "mesmerising" performance: "He offered a convincing portrayal of O’Dowd as a beautiful young man who oozed ambiguous sex appeal and protected his feelings with a carapace of prickly wit." Mike Higgins of The Independent declared Booth "a discovery": "Moving, witty, he also got the singer's wheezy enunciation down pat."

Booth shares an apartment with his sister, Abi, in Bermondsey, London. 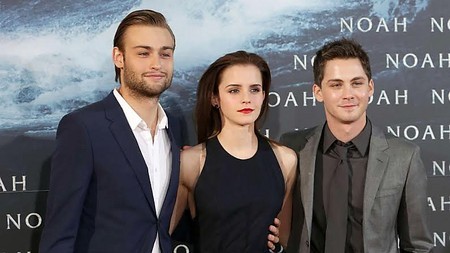 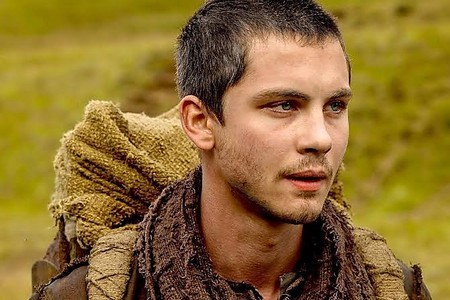 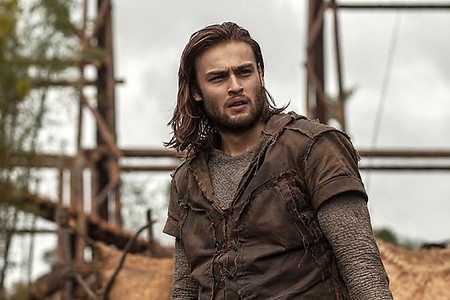 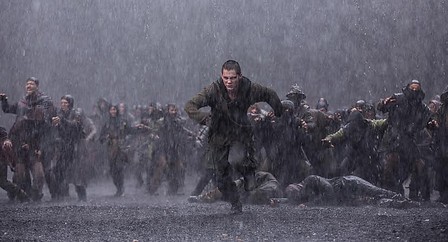 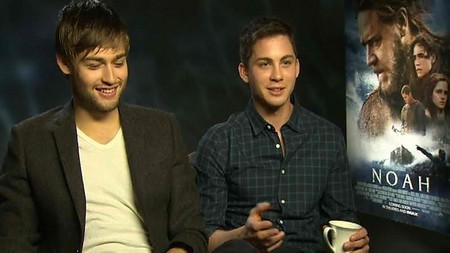