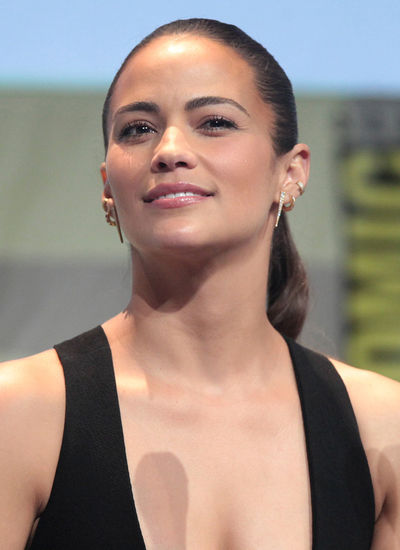 Paula Maxine Patton (born December 5, 1975) is an American actress. She made her film debut in the 2005 comedy film Hitch, and the following year she appeared in the musical film Idlewild.

Patton had her breakthrough role in the 2006 action thriller film Déjà Vu. She later had the female lead roles in films Mirrors (2008), Swing Vote (2008), Jumping the Broom (2011), Mission: Impossible – Ghost Protocol (2011) and 2 Guns (2013). She also co-starred in the critically successful film Precious (2009), and as lead actress starred romantic comedy films Jumping the Broom (2011) and Baggage Claim (2013). Patton is set to star in the upcoming epic fantasy film Warcraft, based on the game series of the same name.

Patton was born in Los Angeles, California, to Joyce (née Vanraden), a school teacher, and Charles Patton, a lawyer. Her mother is white and her father is black. She graduated from Hamilton High School, and then started college at UC Berkeley, transferring to USC Film School after her first year. Shortly after completing her studies, she won a three-month assignment making documentaries for PBS.

Patton provided additional vocals for Usher on his 2004 album Confessions. She provided the female vocal counterpart on the song "Can U Handle It?" which was co-written by her then-husband Robin Thicke. Patton has song-writing credits on multiple Robin Thicke albums under the name "Max", derived from her middle name (Maxine).

Patton's big break came in 2006 when she landed the pivotal female lead role of Claire Kuchever in the science fiction thriller Déjà Vu opposite Denzel Washington. The film received mixed reviews from critics, but was box office hit, grossing over $180 million worldwide. She also appeared in her husband Robin Thicke's "Lost Without You" video in 2006. In 2008, Patton played television reporter Kate Madison in the comedy-drama Swing Vote with Kevin Costner and Amy Carson, the wife of Ben (Kiefer Sutherland) in the supernatural horror film Mirrors. In Lee Daniels' critically acclaimed drama film Precious, she played Ms. Blu Rain, a teacher at the alternative high-school in Harlem, New York, who teaches and mentors disadvantaged students, including the titular character, Claireece Precious Jones (Gabourey Sidibe). She later co-starred as Queen Latifah's character's godsister in the romantic comedy Just Wright (2010).

In late 2010, it was announced that Patton would succeed Sharon Stone as the new full-time assistant district attorney on the NBC legal drama series, Law & Order: Special Victims Unit. However, Patton landed the lead female role in action film Mission: Impossible – Ghost Protocol and her role on Law & Order: Special Victims Unit was reduced to one episode. She was replaced by Melissa Sagemiller. Mission: Impossible was released on December 16, 2011 and was a critical and commercial success, grossing almost $700 million worldwide. Also in 2011, Patton played the leading role in the comedy film Jumping the Broom. The movie grossing over $37 million opposite $6 million production budget.

In 2013, Patton co-starred with Denzel Washington and Mark Wahlberg in the action comedy film 2 Guns, and starred the leading role in the romantic comedy film Baggage Claim. The film received negative reviews from critics. On December 4, 2013, Legendary Pictures announced that Patton would be joining the cast of the Warcraft film adaptation as Garona Halforcen, set to be released in June 2016.

On February 24, 2015, it was announced that Patton was cast as lead character in the ABC crime drama pilot, Runner. It was not picked up to series. She later starred opposite Adam Sandler in Direct-to-Netflix comedy film The Do Over, and romantic comedy The Perfect Match alongside Terrence Jenkins.

At the age of 16, Patton met recording artist Robin Thicke in 1991 at an under-21 hip-hop club called Balistyx (co-founded and co-hosted by David Faustino) on the Sunset Strip in Los Angeles, when Thicke asked her to dance. According to Thicke, he sang Stevie Wonder's "Jungle Fever" to her as they danced. The couple began dating in 1993 and married on June 11, 2005.

Patton gave birth to their son, Julian Fuego on April 7, 2010. They announced their separation on February 24, 2014 after 21 years together and almost nine years of marriage. On October 8, 2014, Patton officially filed for divorce and joint custody of their son. The divorce was finalized on March 20, 2015. 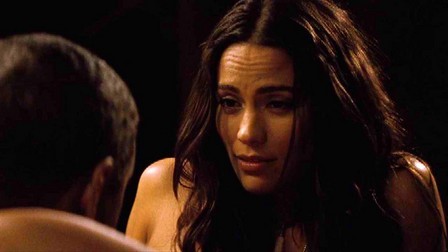 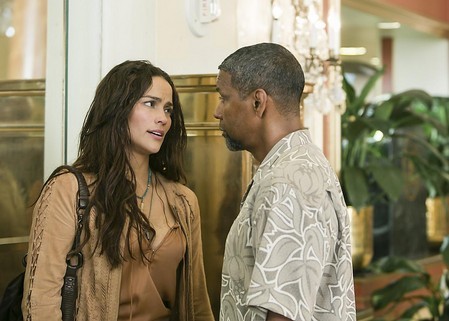 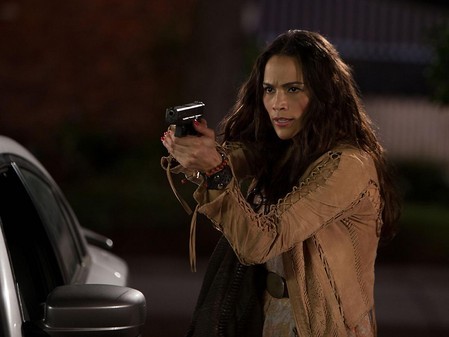 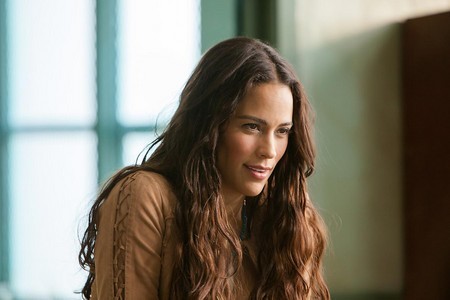 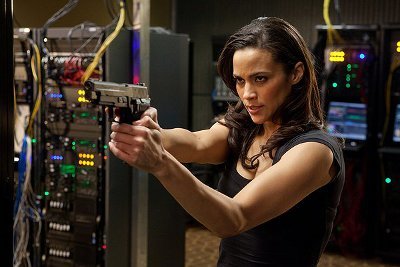 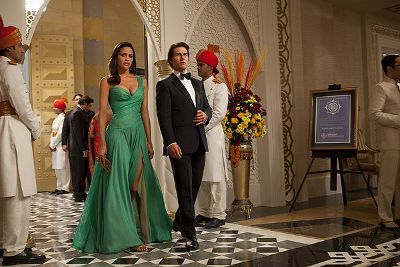