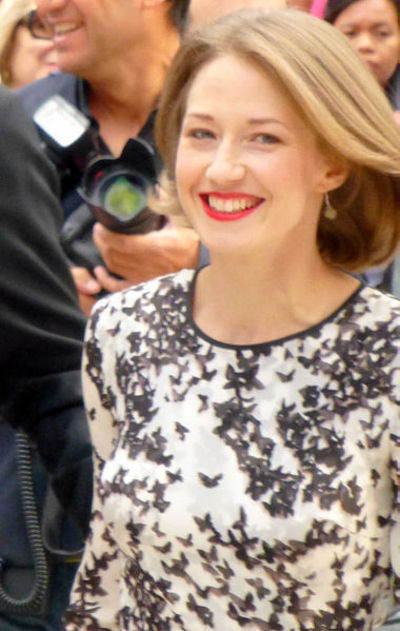 Carrie Coon (born January 24, 1981) is an American actress. Coon was nominated for a Tony Award for her performance in the 2013 revival of Who's Afraid of Virginia Woolf?. In 2014, she is starring as Nora Durst in the HBO drama series, The Leftovers and set to appear in the mystery-thriller film Gone Girl.

Coon was raised in the Copley, Ohio area, the daughter of Paula née Ploenes; and John Coon. She has an older sister and three brothers. She graduated from Copley High School in 1999, next attending the University of Mount Union, graduating in 2003 with a B.A in English and Spanish. In 2006 she earned her M.F.A in Acting from the University of Wisconsin–Madison. She then spent four years acting with the American Players Theatre before moving to Chicago to pursue a bigger stage. In high school and college she competed in soccer and track.

After moving to Chicago, Coon began appearing in shows with the Steppenwolf Theatre Company. Her stage credits include Brönte, Our Town, Anna Christie, The Diary of Anne Frank, Misalliance, The Night of the Iguana, The Merchant of Venice, Measure for Measure, The Matchmaker, Romeo and Juliet and Julius Caesar. In 2010 Coon starred as Honey in the Steppenwolf Theatre production of Who's Afraid of Virginia Woolf?, and in 2013 made her Broadway debut in same role. For her role she was nominated for a Tony Award for Best Featured Actress in a Play and won a Theatre World Award.

Coon made her screen debut in an episode of the short-lived NBC series The Playboy Club in 2011. She later guest-starred on Law & Order: Special Victims Unit, Ironside and Intelligence. After her Tony Award nomination, Coon was cast as one of the main characters in the HBO drama series, The Leftovers, alongside Justin Theroux, Amy Brenneman, and Ann Dowd. She later made her film debut in Gone Girl, based on the 2012 novel of same name and directed by David Fincher.