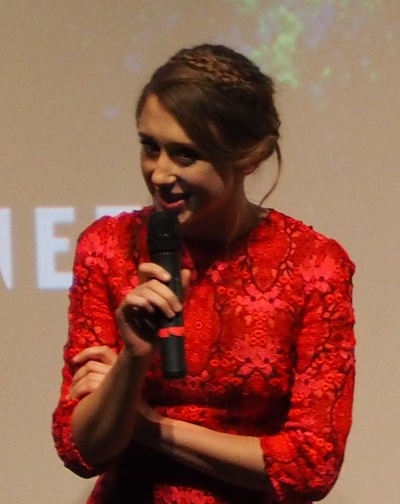 Taissa Farmiga (/taɪˈɪsə fɑːrˈmiːɡə/; born August 17, 1994) is an American actress. She began her career in film in the drama Higher Ground (2011) which was directed by her sister Vera Farmiga, and subsequently made her television debut in the FX series American Horror Story: Murder House (2011), which earned her a reputation as a contemporary scream queen. She then appeared in three other seasons, Coven (2013), Roanoke (2016), and Apocalypse (2018).

Farmiga was born and raised in the Whitehouse Station section of Readington, New Jersey. She is the youngest of seven children born to Ukrainian American parents Lubomyra (née Spas), a schoolteacher, and Michael Farmiga, a systems analyst. Her older siblings are Victor, Vera, Stephan, Nadia, Alexander, and Laryssa; the last of whom was born with spina bifida. Farmiga's maternal grandparents, Nadia (née Pletenciw; 1925–2014) and Theodor Spas (1921–1990), met at a displaced persons camp in Karlsfeld during World War II. She attended public school until fourth grade, after which she began homeschooling. Farmiga has stated that she understands the Ukrainian language but can only partially speak it. She is proficient in American Sign Language, having taken classes for four years.

Although Farmiga initially planned to become an accountant, she was persuaded to appear in her sister Vera Farmiga's directorial debut drama Higher Ground, playing the 16-year-old version of the lead character Corinne Walker. Shortly after its premiere at the 2011 Sundance, and following rave reviews for her performance, she was signed to talent agency ICM Partners. That same year, Farmiga starred in the first season of FX's anthology series American Horror Story, launching her to worldwide prominence. She portrayed Violet Harmon in American Horror Story: Murder House, the troubled adolescent daughter of Vivien (Connie Britton) and Ben Harmon (Dylan McDermott) – a role she secured in her first professional acting audition. Farmiga then joined the cast of Sofia Coppola's crime satire The Bling Ring, based on the real life group of the same name, portraying 17-year-old wild child Sam Moore. The film opened in Un Certain Regard at the 2013 Cannes Film Festival, to generally positive reviews.

Farmiga next portrayed Audrey Martin, an uptight teen touring a college campus, in the romantic comedy At Middleton, co-starring with her sister Vera and Andy García. The film premiered at the 2013 Seattle International Film Festival, receiving a mixed to positive response from critics. She then returned to American Horror Story for the third season of the series, American Horror Story: Coven (2013–2014), portraying Zoe Benson, a young witch afflicted with a dark and dangerous power; she received acclaim for her performance. Farmiga had her first starring role as Anna Greene in Jorge Dorado's psychological thriller Mindscape, which premiered at the 2013 Sitges Film Festival. She then co-starred as Sarah, the main character's love interest, in the biographical crime drama Jamesy Boy (2014).

Farmiga subsequently starred in three films that premiered at the 2015 South by Southwest: the first was Todd Strauss-Schulson's horror comedy The Final Girls, in which she portrayed the lead role of final girl Max Cartwright. The second was Hannah Fidell's heavily improvised romantic drama 6 Years, in which she starred as Melanie Clark. The third and final film was Pippa Bianco's short drama Share, in which she played Krystal Williams, a teenager who returns to school after an explicit video of her sexual assault goes viral. Her performances in all these films were acclaimed, and Farmiga was listed as one of the breakout stars of the festival. She next appeared as Karen McClaren, a young journalist who gets caught up in the hunt for a serial killer, in ABC's short-lived crime drama series Wicked City (2015). The series was cancelled after three episodes, with the remaining unaired episodes later debuting on Hulu.

In 2016, Farmiga made her stage debut as Shelly in the Off-Broadway revival of Sam Shepard's drama Buried Child, also starring Ed Harris and Amy Madigan. She then starred opposite Ethan Hawke and John Travolta in the Ti West-directed revenge Western film In a Valley of Violence, playing a motormouthed young innkeeper who befriends Hawke's character. The film premiered at the 2016 South by Southwest, and was met with positive reviews. Farmiga made her voice acting debut as the superhero Raven in DC Comics' Justice League vs. Teen Titans, directed by Sam Liu, which premiered at the 2016 WonderCon. She returned to American Horror Story for the sixth season of the series, American Horror Story: Roanoke, guest starring as Sophie Green in the November 2016 episode "Chapter 9".

Farmiga next co-starred as Sarah Bransford in Warren Beatty's ensemble romantic comedy-drama Rules Don't Apply, which premiered at the 2016 AFI Fest to mixed reviews. The project reunited Farmiga with her Buried Child co-stars Harris and Madigan, who portray her character's parents in the film. She reprised her voice role as Raven in Teen Titans: The Judas Contract, again directed by Sam Liu, which premiered at the 2017 WonderCon. Farmiga then played Emma Ertz in Elizabeth Chomko's drama film What They Had, and re-teamed with director Hannah Fidell for the comedy film The Long Dumb Road, both of which premiered at the 2018 Sundance.

She will next appear as the titular character in Corin Hardy's horror film The Nun, set for release in September 2018. It has been confirmed that Farmiga will return to American Horror Story for the eighth season of the series, American Horror Story: Apocalypse. She will portray her Murder House and Coven characters, Violet Harmon and Zoe Benson. Farmiga is set to portray protagonist Merricat Blackwood in Stacie Passon's film adaptation of Shirley Jackson's mystery novel We Have Always Lived in the Castle, which will premiere at the 2018 LA Film Festival. She will also appear alongside Clint Eastwood and Bradley Cooper in the upcoming Eastwood-directed drama film The Mule. 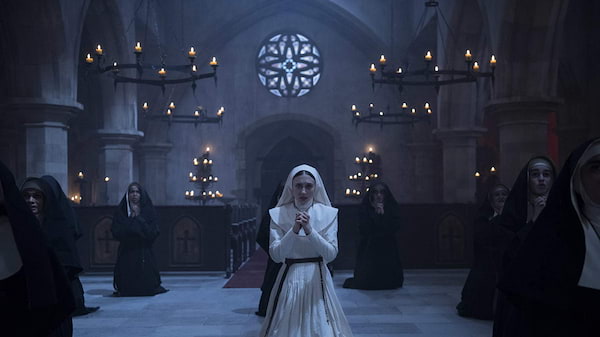 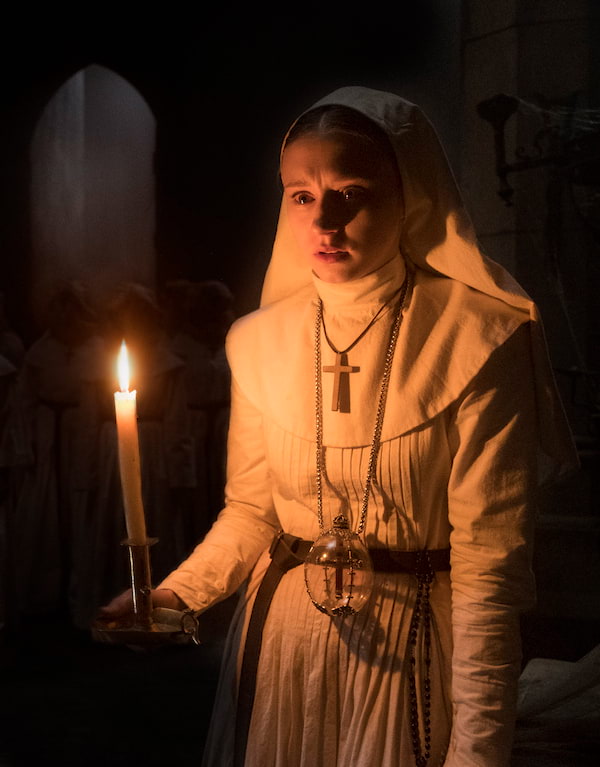