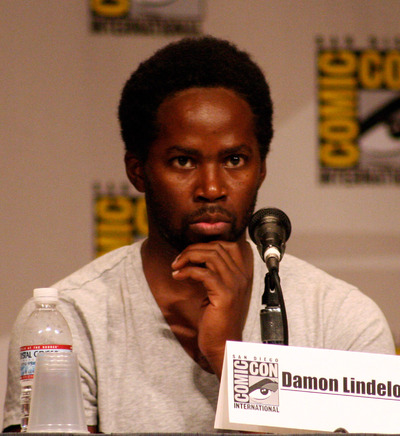 Harold Perrineau (born August 7, 1963) is an American actor, known for the roles of Michael Dawson in the U.S. television series Lost, Link in The Matrix films and games, Augustus Hill in the American television series Oz, and Mercutio in Baz Luhrmann's Romeo + Juliet. He starred in ABC's comedy-drama television series The Unusuals, playing NYPD homicide detective Leo Banks and was cast as ruthless drug kingpin Damon Pope on the FX drama Sons of Anarchy. He has appeared in several other high-profile films, including The Best Man, 28 Weeks Later, 30 Days of Night: Dark Days, and Zero Dark Thirty. He also starred alongside Anthony Hopkins and Alec Baldwin in the survival drama The Edge.

In 1989, Perrineau was cast as the original Tyrone Jackson in the world premiere of the stage adaptation of the 1980 hit movie Fame (now known as Fame: The Musical) at the Walnut Street Theatre, in Philadelphia, Pennsylvania. Perrineau took the role of Link in The Matrix series after the original operator Tank was written off the script when Marcus Chong was fired over money disputes. Lost co-star Adewale Akinnuoye-Agbaje starred with Perrineau on the HBO series Oz.

Perrineau played the character Michael Dawson on ABC's hit show Lost. He was temporarily written off when his character left the island with his son at the end of season two and did not appear at all in season three. In July 2007, it was announced Perrineau would return to the main cast for the show's fourth season. However, this return was short lived, as the fourth season was his last as a regular cast member; Dawson died in the season finale. He made one guest appearance in the sixth and final season.